R. Kelly trial: Witness testifies she was sexually abused by the singer 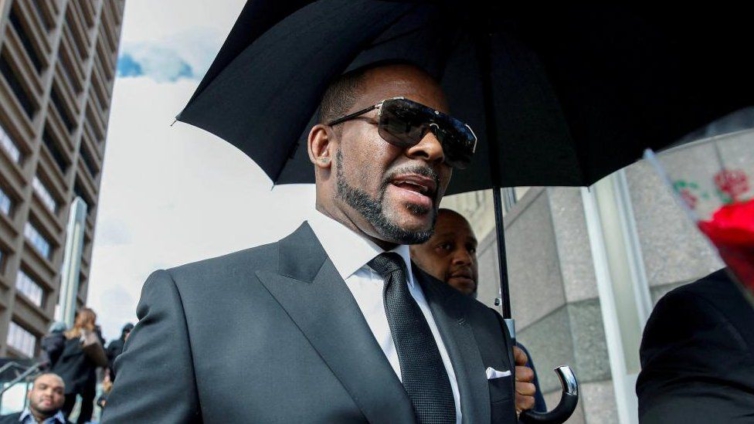 A woman at the heart of R. Kelly’s second federal trial has testified that the R&B singer had sex with her “hundreds” of times before she turned 18.

The 37-year-old woman, known as “Jane”, said that improper contact with Kelly began when she was just 13.

The singer is on trial in Chicago for child pornography, obstruction of justice and other charges.

His lawyers have insisted he is not “a monster” and deserves a fair trial.

He is already serving a 30-year prison sentence after being convicted of sex trafficking and racketing in a separate trial held in New York last year.

The current case rests in large part on the testimony of “Jane”, one of his accusers. Prosecutors allege that Kelly made at least four videos with Jane, parts of which will be shown to jurors.

In court on Thursday, Jane testified that Kelly had sex with her “uncountable times” starting when she was 15. Jurors were shown photographs of her in high school to illustrate how young she appeared at the time.

Over the course of her two-hour testimony, Jane described a number of sexual encounters that Kelly allegedly recorded. In one video, Kelly appeared to hand her money.

When asked why, Jane alleged that Kelly believed that “if it was released for some reason, he [Kelly] would say I was a prostitute”, according to the Chicago Tribune.

One of the videos was also at the centre of a separate 2008 trial in which Kelly and Jane both denied it was them in the tape. Kelly was ultimately acquitted on all charges.

Asked about that earlier denial on Thursday, she told jurors that she ” was afraid something bad would happen to Robert”, according to the Associated Press.

“I was protecting him.”

Some analysts have characterised the current trial as a do-over of the 2008 trial, in which the singer faced 14 charges of child pornography.

Two of Kelly’s former employees are also facing charges in this trial. Derrel McDavid, his former business manager, is accused of helping Kelly fix the 2008 trial, and Milton Brown is charged with receiving child pornography.

Both men have pleaded not guilty.

During opening statements earlier this week, attorneys for Kelly and the two former employees dismissed the charges and called on jurors to give Kelly a fair trial despite widespread public attention, and decried a “mob-justice” climate surrounding the case.

Additionally, they alleged that some of those expected to testify were “criminals” who have previously “extorted him” and secured immunity deals from prosecutors.

DISCLAIMER: The Views, Comments, Opinions, Contributions and Statements made by Readers and Contributors on this platform do not necessarily represent the views or policy of Multimedia Group Limited.
Tags:
R Kelly
Sexual abuse