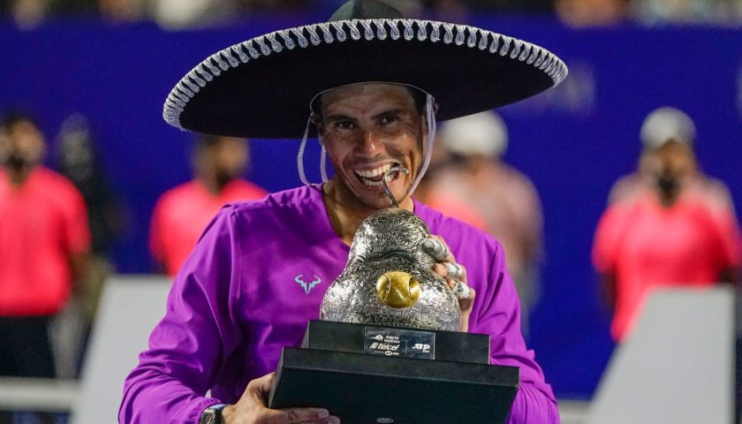 Rafael Nadal maintained his unbeaten start to 2022 by beating British number one Cameron Norrie 6-4 6-4 to win the Mexican Open.

At the end of last year, Nadal, 35, thought he might have to retire because of a foot injury, but has won all three tournaments he has played this year.

The Spaniard won a 21st major title at the Australian Open after victory in a Melbourne warm-up event.

“At the start of the year this was unimaginable,” said the Spaniard.

“A month and a half ago nobody would have believed it.”

Victory over Norrie extended Nadal’s career-best winning start to the season to a 15th victory.

The fourth seed, who beat incoming world number one Daniil Medvedev in the last four, lifted the title in Acapulco without dropping a set.

It is the 91st title of Nadal’s career and a fourth in the Mexican city, having won his first as an 18-year-old in 2005.

Nadal, who also triumphed in 2013 and 2020, is now the tournament’s youngest and oldest champion.

A finely balanced opener swung the way of Nadal when he converted the only break point of the set in the fifth game and served out without serious pressure from Norrie.

Norrie, who is ranked 12th in the world, had won his previous eight matches and claimed the title in Delray Beach last week.

The 26-year-old Briton found a way through Nadal’s serve to break back for 1-1 in the second set, only for his fellow left-hander to take control with four straight games.

A stunning pick-up volley from Nadal set up two championship points and he took the first when Norrie went long with a forehand.

“Rafa doesn’t give you any free points and if you give him one or two he takes advantage of them,” said Norrie.

“It is impressive to see how he still does it.”