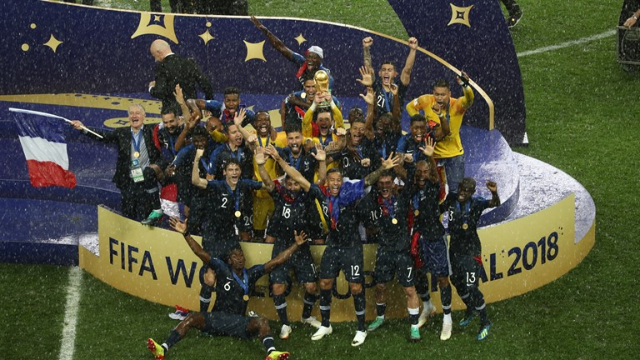 I saw one of those three-wheelers execute an illegal u-turn the other day. Wait, those guys, isn't everything they do illegal? They don't seem to be certain about whether they are riding bikes or driving trucks. In completing the illegal u-turn he crossed a trotro which was itself illegally driving down the side of a road. They both braked sharply and argued for what seemed like a whole minute, holding up traffic in the process. I mention this because as I was stuck in traffic enjoying this nonsense it seemed to me that I was witnessing a microcosm of Ghana…

I was in traffic the other day when I saw a pedestrian with his mobile in his hand and earphones securely plugged in. He was speaking, which is not exactly strange….but he was waving as well. Now, I was stationary, so I had time to look and ascertain that he didn't seem to be waving at anyone ahead of him. So I assumed he was 'waving' in consonance with something he was saying to the person on the other end of his call. Do we know how funny we look when we react to something on a mobile which only we can hear? This guy looked like he was on a different planet, talking nonstop, waving somewhat dramatically in the air with one hand, the other holding his mobile in a death grip. I tried to imagine what was being said….but I can't think far.

I'm still watching old movies on DVD. Does anyone remember Blazing Saddles? Oh my! Talk about a politically incorrect movie! It's still ridiculously and hilariously funny: "My name is Jim but most people call me…Jim." And that scene with the beans! The best sound effects ever! Have you seen White Nights, with Gregory Hines and Mikhail Baryshnikov? The dancing in that movie has to be experienced to be believed. Tap dancing and ballet? Who would have thought?

Have you seen the movie Water with Michael Caine and Billy Connolly? It's a silly little comedy and it's wonderful! Meet the citizens of Cascara and their two-man revolution. One of the two revolutionaries is the illegitimate son of the boozing local vicar. Any movie that can have Gandhi (yes, THE Gandhi!) described as an "anorexic little loony in a loincloth" is worth the time to watch. And the music in the movie makes for the best soundtrack ever.

A young(er) friend sent me a slightly naughty GIF the other day. Only slightly naughty. The thing is, I received it as I sat at a formal event. I was foolish enough to start downloading it. Then I realised that the clergyman sitting beside me could see my large phone screen quite clearly. He wasn't looking, but hey… And the GIF could be very easily misinterpreted! Like I said, only slightly naughty. I have never moved my fingers so quickly on a keyboard to cancel a download!

So I finally tried the new tin for Ideal Milk. I had seen a few mentions of it online, all quite negative. I was wondering what was going on because in the pictures I saw it seemed practical. I opened one and poured some into a cup of tea. I like my tea creamy you see (the Fante side of me).

The tin looks the same but has a top surface with an opener that you snap back to open. This is easier to manipulate than a normal can opener, or any of the various objects we have used to open milk tins in this country. From knives to the handles of cutlery, to compasses from math sets, and to BIC pens, we have all used items which were not meant for the deed. The milk pours smoothly and freely through the new bigger opening….and that may be the problem. It pours too freely, and therefore you might end up pouring too much. Even for me who believes tea should be creamy, I had to restrain myself when pouring.

Could this be why traditionalists are up in arms against this new design? I could get used to the new tin though, especially since I don't need a can opener for it. But could it be that the free-flowing opening is intentional? The more we pour, the more we will buy? Do I sense a conspiracy theory here??

The following is pure speculation but…I was at a funeral service the other day. I sat on the pew before the last one at the back. That pew stayed mainly empty throughout the service. An old woman wearing white came and sat on the pew about halfway through the service. She looked out of place, and she muttered something about, "They should have told us it was black, and here I am in white." She was the only person in the whole church in white.

I asked the very nice lady if her bag was shut and she said she had zipped it up. I still wasn't happy and I asked her to please move the handbag and place it between me and her. Before she did I saw the old woman staring intently at the closed handbag. When the bag was moved the old lady got up and left the church. I did not see her anywhere outside after the service. Like I said, I am speculating, but I am certain she was a thief. An old thief. Decide for yourself.

Speaking of church, someone's mobile rang loudly the other day during a service. We were standing at the time and I realised it was the lady in front of me. The phone was in her handbag on her shoulder and she instinctively pressed the bag against her side. It didn't work, and she let the phone ring until it stopped. She pulled it out after it stopped and presumably silenced it. I guess that's one way to handle a loud mobile, innit? Ignore it until it stops, and hope that no one knows it's you. What do you think?

I attended another funeral and saw something that was really cool. The deceased had left instructions about attire: "Please come as you wish as per Prof's wishes." I've never seen a colourful congregation during a funeral! But this was different and nice! There were the traditional black, white, red, and combinations thereof; but there were also other colours. I don't attend many funerals and it may be a fairly common occurrence, but it's the first time I felt like a life was truly being celebrated…in colour!

I went to an establishment the other Sunday that had advertised it's closing time as 12 noon on Sundays. The gate was shut. I paused in front of the gate until someone emerged from inside the building. He informed me that they were closed. I pointed out the advertised time on full display as 12 noon. The following ensued:

Me: Your signage says you close at 12 noon on Sundays.

Me: But you are closed before 12 noon.

Employee: Yes, but I'm the only one here.

Is this why our country Ghana is so far ahead of everyone else? Because we know time better than anyone else? I think so….

I must admit I did not pay too much attention to the World Cup in Russia. And I don't want to hear any comments about the lack of Arsenal players representing their country! I am glad France won. Mbappe is a star, and did you notice….he is non-white? On the other hand, his captain and goalkeeper, Hugo Loris, is a Spurs player, and a toonoo (that Croatian goal).

Croatia put up a very good performance, especially from the quarter-finals onward. Oh, did you notice, they have a hot President! Beating England? Oh yes! If the English had won this World Cup….like we die to be that! And thank God even more than the USA did not qualify! With that blowhard in the White House can you imagine the inane and asinine comments that would have been spouted from beginning to end? And the joy I felt when Spain was bundled out was great. I could never support a team with Sergio Ramos and Diego Costa. Yuck! And the African teams? Hmmmmm.

Is it only me or are there more and more people with high IQs around us?? Oh, by high IQ I mean high Idiot Quotient. Okay, don't answer that, but one of these days I'm going to tell one of these high IQ people that I can't tell whether they are smart or stupid, and I am NOT willing to find out.

A good friend of mine is about to end National Service. She says she has been rotated in her organisation, and she is sad National Service is ending. Why? "Because in my current position I get to see men's bottoms." Bam! Or should that be Bum!