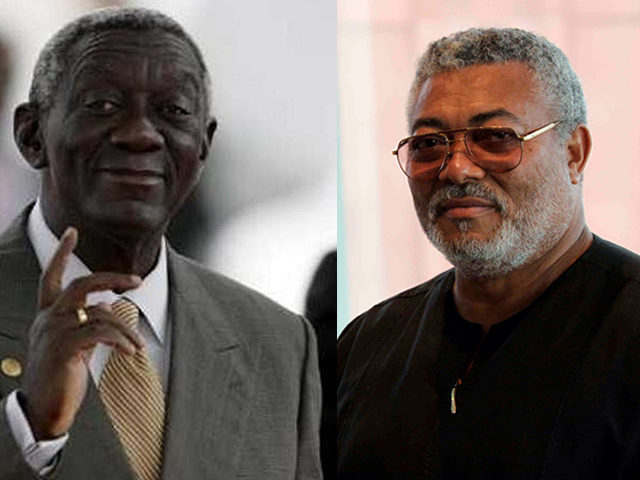 Joy News has intercepted a list of former government officials who acquired state lands distributed in a style Lands and Natural Minister said was similar to the sale of kelewele, a local delicacy in Ghana.

Over 416 individuals, mostly previous government officials, as well as public institutions were allocated state lands between 2009 and 2016.

If the number of acres sold within the period was intriguing, the strategic locations of the lands sold as the well as the individuals who benefited is even more intriguing.

The list also included ex-president John Kufuor, the late Jake Obetsebi Lamptey and KT Hammond all of whom belong[ed] to the current government.

The sale of state lands was a major campaign issue in the heat of the 2008 election campaign.

The then opposition National Democratic Congress accused the Kufuor government of selling state lands cheaply to its cronies.

In a campaign of vilification, the Ga-Adangme youth organized a demonstration to protest the release of an office space to the ex-president John Kufuor.

Shortly after coming into power, it appears the NDC government continued the land grabbing policy it inherited from the Kufuor led administration.

Current Lands and Natural Resources Minister will not say how much an acre of land was sold to the beneficiaries but is convinced the sale was less than tidy.

A committee has been constituted to investigate the haphazard sale of the state lands and will soo issue its report, he stated.

A former Lands and Natural Resources Minister under the John Mahama administration confirmed the allocations made during the period.

Inusah Fuseini told Joy News’ Gifty Andoh Appiah he inherited a long list of people who had bought state lands and were waiting for allocation.

The number of buyers were so overwhelming he decided to, with the authority of the ex-president John Mahama, to place a ban on the buying of state lands.

But that ban lasted only for a while, Inusah stated. When he was reshuffled to another ministry, Inusah Fuseini said he lifted the ban.

The buying continued unabated. In 2015, a total of 115 individuals and institutions were allocated their fair share of the strategic Accra lands which government was holding in trust for the citizens.

Even though the sale procedures are being investigated by the committee, it is not clear yet what action will be taken by the government in power. It is also not clear if the Nana Akufo-Addo government has plans of continuing with the policy of selling state lands especially to politicians.