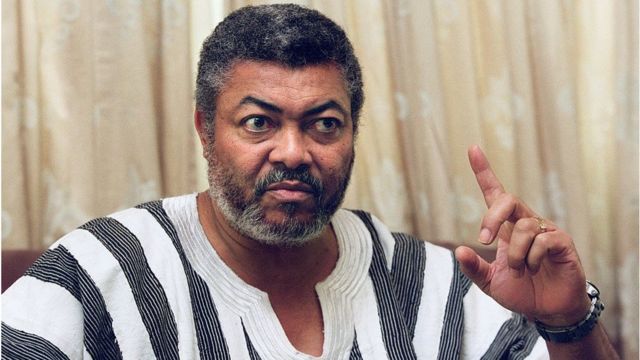 A former aide to the former President Jerry John Rawlings has said the statesman taught him to stand for the truth at all times.

According to Kofi Adams, this legacy will forever remain with him.

The Buem MP said these invaluable lesson, as well as the infrastructural projects executed under Mr Rawlings are clear for all to see.

“For me, one thing I will always remember him for is the empathy that he had for fellow being and the fact that he taught us, never to shy always from speaking the truth and speaking to power where we have to,” he said on Joy News’ Newsfile, Saturday.

“These are things that really ring in my mind, as for the big thing about whether it is healthcare infrastructure, whether it is a law that tackles some major infractions in our society,” he added.

He recounted to the host Samson Lardy Anyenini, some laws enforced by Rawlings’ government which served as interventions to people.

“For example the Intestate Succession Laws that were passed during the PNDC time to save many of our women and children,” he said.

The Buem PM said that law prevented the situation were “if you lost your father or your husband without any will, the next moment is that you are even thrown away.”

He also recalled the water extension to many communities and educational reforms that made “education so accessible to people even in communities where they would not have thought of sending their children to secondary education.”

Kofi Adam stressed that aside from the intervention, “the intangible is that he made us feel that we can challenge, we can believe in this and that, let’s stand for truth.”

He said Mr Rawlings has taught the world that one can serve in government, bow out and stay peacefully in the same country unlike many would have done.

“You can serve as a leader and when it is time for you to bow out, you don’t need to do anything to stay on…he was 52-years-old, but he left office and stayed here till his death.”

At age “52, many would have amended the constitution to stay on.”

According to Mr Adams, Mr Rawlings felt that staying on for “a day longer” after his eight-year tenure would be wrong as it would have meant he would lose the support of the Ghanaians.

Mr Adams observed that “all the respect and all the institutions he [Mr Rawlings] had helped build over the period would have been destroyed” by imposing himself on his people.

DISCLAIMER: The Views, Comments, Opinions, Contributions and Statements made by Readers and Contributors on this platform do not necessarily represent the views or policy of Multimedia Group Limited.
Tags:
Jerry John Rawlings
Kofi Adams
Newsfile
Truth and Power