Re: Buildings submerged in water as parts of Nkroful get flooded 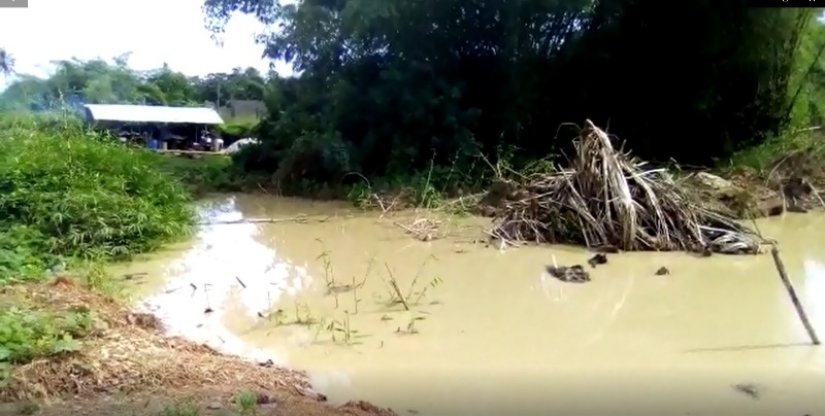 Our attention has been drawn to an article first posted on 31st May 2020 on Myjoyonline.com attributing its source to the Ghana News Agency and widely circulated on other media platforms across the country relating to the above matter.

We unequivocally state that the statements attributed to Kwasi Bonzoh (DCE for Ellembelle) are false and should be dismissed without merit. Our mining operations in the Nkroful area have been carried out in compliance with all mining and environmental laws. The assertions of the DCE in the article are dishonest, made without belief in its truth and calculated to damage the reputation of our Company.

Any assertion that the recently constructed bridge caused the recent floods, ignores the irrefutable fact that the bridge was constructed in consultation with the community stakeholders, engineers and in accordance with all the requisite permits and declared structurally compliant when commissioned.

A partial resettlement project was completed by the Company in consultation with the Ellembelle District Assembly for the Project Affected Persons (PAPs) of Nkroful in August 2018, about 200m southwest of the old community due to the development of a mining pit near the community. During the construction phase, the Chief and Elders of Nkroful made a request for the Company to fix two broken culverts, add a three-cell culvert to another existing culvert and dredge the Subile Stream to join the Bona and Broma Streams. The Bona and Broma Streams were dredged by the Company to carry the increased volumes of water during the peak of the rainy season.

It is noteworthy that the Company accommodated the request for repair and construction of additional culverts, even though this was not part of the original Nkroful Partial Resettlement Project, a gesture which was greatly appreciated by the community and proved critical in addressing the perennial flooding problem in and around the community.

We maintain that the DCE’s comments were calculated to divert attention from the real issue of illegal alluvial mining in the community. In 2019, the renovated and new culverts (bridge) contained the floods and there were no complaints whatsoever from the people of Nkroful. The recent flooding incident happened upstream of the Subile Stream where illegal alluvial mining has been taking place and the water course was indisputably disturbed and blocked, preventing the natural free-flow of the water downstream.

Adamus Resource Limited takes the accusation in the reportage as misleading and spurious and is vindicated by its continued compliance with environmental and safety precautions. The Company remains committed to undertaking its operations in an environmentally compliant manner and supporting the development of the community in its operational area.