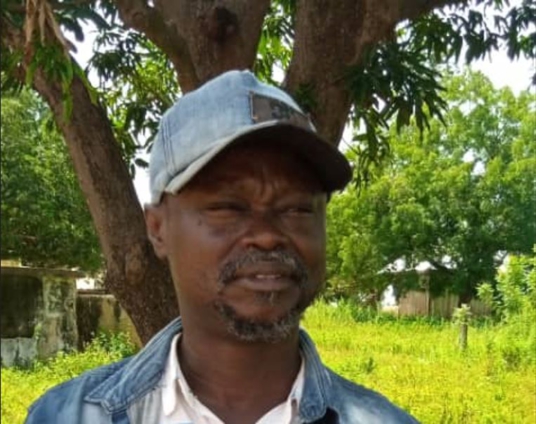 A re-engaged Medical Officer with the Upper East Regional Hospital, Dr. Francis Ibrahim-Bentosi has made a passionate appeal to authorities at the Ghana Health Service (GHS) to once again, consider his case and settle his compensation package after his re-engagement in 2018.

“The most critical aspect of it is all about the compensation. It is so important, it is so dear to me, because this is about my life and it’s about survival. And you can imagine losing a job for six years with promotions withheld, not even one promotion. How do I survive with my household,” Dr. Ibrahim-Bentosi asked.

While narrating his ordeal to JoyNews at Yagbonkura, a suburb of Damongo in the Savannah Region where he came on a family visit, the medical officer said he was falsely accused and expelled from the Effia Nkwanta Regional Hospital in the then Western Region as well as the Ghana Health Service.

Dr. Bentosi said he was expelled in 2012 without a fair hearing, for allegedly leaking information to the press about an alleged bribery scandal involving a staff, which led to the death of a female patient who was rushed to the Hospital for blood transfusion.

He bemoaned that after six years of petitioning and waiting, his case was investigated by the GHS authorities and he was cleared of any wrongdoing, hence his re-engagement in the year 2018.

“Also, I followed due process and wrote to the National Labour Commission (NLC) a number of times and again, got a Lawyer to write to them (NLC) as well and they demanded of the employer to respond to my concerns but they did not do that. They instead, violated the regulations and laws and went ahead and dismissed me without them answering to the Labour Commission and I was surprised”, he indicated.

He told JoyNews that he recently attended a promotion interview and further appealed to the Service to look into his outstanding promotions due him.

“At least, about three promotions. So, you put me back in the right position and not at a level that should have been acquired far back in 2012.

“If you are now making me a medical officer in 2018 when it should have been in 2012 that is not fair at all. It’s very unfair and all these are things that stakeholders need to look at and help address”, he said.

DISCLAIMER: The Views, Comments, Opinions, Contributions and Statements made by Readers and Contributors on this platform do not necessarily represent the views or policy of Multimedia Group Limited.
Tags:
Dr Francis Ibrahim-Bentosi
Ghana Health Service
medical officer