Re: Response to Prof. Addae-Mensa on the current state of Free SHS - MyJoyOnline.com

Re: Response to Prof. Addae-Mensa on the current state of Free SHS 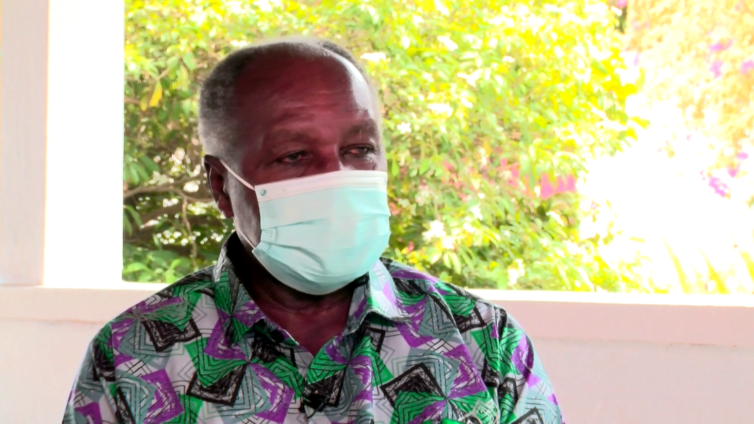 Former Vice-Chancellor of the University of Ghana, Legon, has in an interview with JoyNews’ Benjamin Akakpo on the AM Show, made several submissions about the government’s Free SHS flagship programme which was introduced in 2017.

He recognised that it is a futile initiative that is draining the economy.

Among the many opinions he shared, that sort to cast a slur on the credibility and sustainability of the best ever pro-poor policy, he further asserted as his remedy, “the government should let those who can afford pay and whatever they contribute will go a long way in helping those who truly need help”.

This, he believes will help curb the deficiencies associated with the programme.

Undoubtedly, everyone is subject to his or her opinion, especially within any democratic dispensation. However, arguably, there isn’t any justification when that opinion somewhat infringes on the rights of another.

Let me unequivocally interpret that, his opinion on the Free SHS programme tends to discriminate against the poor and also to a vast extent undermines the legal provision of Article 25 (1) of the 1992 Constitution of Ghana, which basically states that Education is a Right for all citizens of school age, and should be free through every appropriate means, which the Free SHS policy exemplifies that.

The idea of the Former Vice-Chancellor of UG which encapsulates that those who can afford to pay the fees of their wards should be allowed to do so only gives rise to these questions, how can we differentiate between the rich and poor? Will he pay fees when his ward is posted to a less endowed school? How will we call the policy then, partially Free? Do we have a tax policy for citizens who can pay and those who cannot?

Interestingly, one could discern from all angles that the questions raised aren’t answerable to satisfy any outlook. It only has the tendency to establish a discriminatory education system. A system that considers only the wealthy.

Not only does Free SHS takes care of the financial aspect of citizens, but also about creating a favourable environment for learning. If students are categorised as those who can afford their fees and those who can’t afford them, it will only give room for discrimination.

Moreover, those who can afford will somewhat not accept to be treated the same as those who can’t afford it. Why should we create such a system? Is that not discrimination against the perceived marginalised in our society? And, if we do not consider that, the only thing left is for us to cancel the policy which isn’t possible.

It is worth mentioning that the Free SHS Policy, since its inception has proven to be a life-changing initiative for people from all walks of life, even the wealthiest of them. It has served as a dream come true for many children in Ghana, especially, those needy but brilliant students from the rural areas who wanted to attend distinguished Senior High Schools.

That notwithstanding, there were BECE graduates who were solely interested in utilising their God-given talent and hence, were endeavouring to attend TVET Schools. Such schools were problematic to access because of their financial constraint since it involves the acquisition of many practical tools and equipment to assist with their training and skills development.

This is now a thing of the past, as TVET, as part of the Free SHS Policy, has been made Free to all qualified persons. In achieving the government’s industrialisation agenda, and empowering the youth to be entrepreneurs to solve the unemployment problems, TVET is a vital engine to curb the situation as such. But, I suppose asking the respected Professor, should Free TVET also consider his idea of the rich and poor?

We can’t argue his stance that the policy is enduring some challenges and therefore should be reviewed in its current form but what we won’t accept is for him to contend that the Free SHS initiative isn’t realising its purpose and with that, it is having dire consequences on the economy of the country and for that matter, those who can afford should be allowed as to do as such.

The NPP government promised “Free SHS” for all citizens without any conditions and we’ve been committed to the good people of Ghana in that regard. We have employed deserving strategic measures to ensure its smooth running and sustainability as exhibited for the past five years.

In the voice of those who couldn’t pursue Senior High School education because of finances and those who have been able to access it because of Free SHS, the former vice-chancellor should be made conscious of the fact, that if he can’t give plausible alternatives, at least, he shouldn’t call for any measure that will deny many people the opportunity to have higher education.

The Free SHS Policy by the Nana Addo Dankwa Akufo-Addo government was successfully implemented under the leadership of the former education minister, Dr. Matthew Opoku Prempeh,  and now in the hands of the Sector Minister, Dr. Yaw Osei Adutwum, has come to stay and surges on strongly.

Yaw Opoku Mensah is the Deputy PRO at the Ministry of Education.