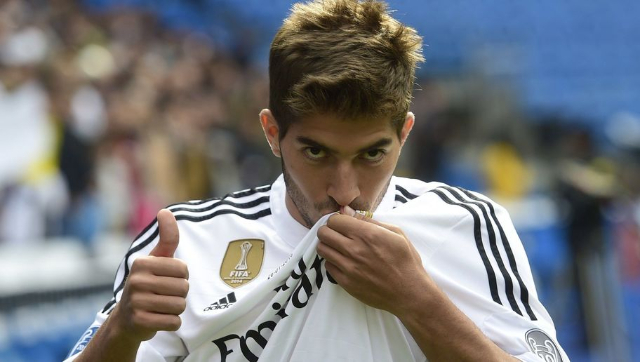 Real Madrid youngster Lucas Silva has confirmed he has retired from football due to heart problems. The Brazilian was on the verge of a move to Sporting Lisbon, but the deal fell through after he failed a medical.

Silva appeared to confirm the news over his Instagram account, changing his bio to quote "I fought the good fight, I finished my career, I have kept the faith."

Madrid and Sporting Lisbon had agreed terms for a season-long loan deal, but the heart problem was detected in Silva's second round of tests during his medical.

Silva was signed by Madrid for £10m in 2014 and was viewed as a long-term solution to their defensive midfield options. However, he struggled to break into the first-team and was loaned out to Marseille. There, Silva also struggled to make a positive impression and the Ligue 1 club were said to be "extremely disappointed" with his level of performances.

It is sad news undoubtedly. Touted as one of the emerging talents in Europe, Silva has been forced into retirement at a brutally young age, really before his career had even started. Of course, there is nothing that can be done when it comes to heart problems. When Fabrice Muamba collapsed playing for Bolton back in 2012, many harboured hopes of seeing him making a spectacular return to the game at one point, but it was never close to happening in truth.

It would be heartening to see Silva pursue a career in coaching, meaning he continue to be involved in the game he loves.