Reality zone with Vicky Wireko: A mother’s recklessness no words can describe  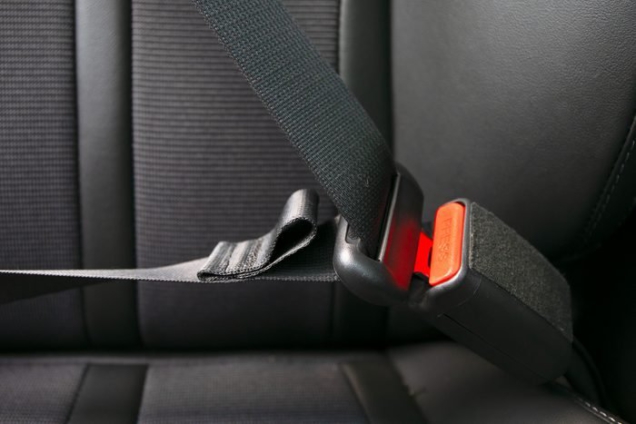 How does one describe a mother, driving a four-wheel vehicle and for her safety securely getting her seat belt on? Yet, she leaves her accompanying toddler on the back seat, not in a toddler’s safety seat, not strapped in as any adult travelling passenger will do and worse of all, leaves the doors unlocked?

As it happened, one’s worse fear unfolded like in a movie scene, a disaster!

A social media video went viral about a couple of weeks ago of the most irresponsible driver mother in town. Perhaps irresponsible or recklessness as a description of the act is a mere understatement. Too charitable, in fact.

According to the video, driving around an area in the Airport Hills, Accra, this mother got to a roundabout and as she was negotiating the bend in the roundabout, the back right passenger seat door suddenly flung open and her toddler, seated on the back seat, was thrown out of the four-wheel drive vehicle.

The toddler fell on the road, just like goods sometimes fall out of vehicles. She quickly parked the vehicle and with her flashlights on, ran to pick the toddler up. She went on to put him or her in the front passenger seat and drove off.

Imagine for a minute what trauma the little child must have gone through, the pains and the screams from the shock. A fall from a moving vehicle well above ground level for a toddler could only be imagined in a carefully planted and scary movie.

The unfortunate incident happened in a roundabout where speeding vehicles naturally slow down. In addition, as per the video, it happened on a road where the vehicular movement was not that heavy.

Otherwise, could anyone imagine the fatality that could have occurred? Yes, another vehicle could have crushed that toddler as he or she fell out.

Question is, what responsible parent would put a toddler in a vehicle and not think of his or her safety? This safety includes an appropriate toddler car seat. Others would even go beyond that and ensure the child safety lock in the car is engaged as well as enable the central locking system where it does not lock automatically. None of these was obviously employed in the case of this ill-fated incident.

Unfortunately, there are many more such careless parents who drive or ride on our roads with no sense of safety in mind, especially where they have young children on board.

We seem to take too many things for granted and that includes our safety and that of persons under our purview.

How many times does one not encounter on our roads, parents riding a bicycle or motorcycle with a child or two riding with them but with no safety apparel? Meanwhile, they rather would have some safety protection.

How many times does one not see a father driving a vehicle with his mother in the front seat with a younger child sitting on her lap?  Sometimes one sees this in taxis too.

I have even seen a father on a Sunday late afternoon pull up at a fuel station with his young child on his lap and holding the child’s hands to the steering wheel. Fun, perhaps to him. A loving father with his child out for a ride, maybe he thinks.  But really, it is recklessness at its highest.

We complain about lawlessness in this country but clearly, what can be as undisciplined as what we see some parents do on our roads and go scot-free.  Their carelessness regarding safety could endanger the lives of their children and other road users.

Imagine what could have happened in the case of the mother whose child was thrown out of her moving vehicle, and had other vehicles closely followed.  It could have been a disaster.

Our laws may be silent on the safety of child passengers but seriously, must the police look on unconcerned in some of these things, lawful or unlawful?  It should never be seen as a case of ‘Di wo fie asem’, to wit, minding one’s own business.

Perhaps, it is time for serious and consistent education by Road Safety Authority on child safety when it comes to children as passengers whether on bicycles, motorcycles or vehicles, including commercial vehicles. This should be a new focus for the Commission and together with our law enforcers begin to take action on defaulters.

If a parent understands their own safety and uses a safety belt and the central locking system when on the road, they should equally be concerned with the safety of the children they carry on board because they also have the right to protection.

In some jurisdictions, the police would not spare a parent who carries a child in their vehicle without the necessary safety gadgets in place. Is it beyond us? Definitely not.