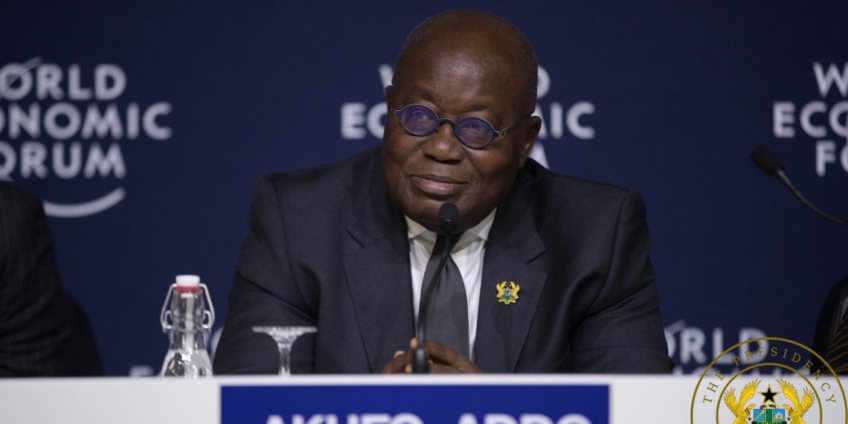 The concluding days of the month of March celebrated as Ghana Month, ended this year with some drama and style.

There was some level of excitement in the air never mind the heat of E-Levy debates with conjectures of “it will never pass” and “it will pass”.

The national football team, the Black Stars had given many football fans too much heartbreak to the extent that some had switched off, world cup qualifiers or not.

As for Covid-19, many were getting on with their lives as if it never was.  State of the nation’s address?  Did we hear the minority in Parliament’s clamour?

Then suddenly, within a week, we began to see some unfolding turns, scenes within a Play.

We could not have asked for such a climax to a month-long celebration and awareness creation of some of our values as a nation.

As if by design, or maybe it was, we started the week with what could be described as relieving Covid-19 news in general for businesses and outdoor-related enterprises in particular.  Two good years of sluggishness and uncertainties due to Covid-19 lockdown and other restrictions in one’s social life made it difficult for them.

The President’s broadcast to the nation on Covid-19 at the start of the week gave some people a bit of a sigh but with caution, though.

The broadcast outlined the easing of a number of Covid-19 protocols including the resumption of in-person activities in full capacity.  Full vaccination and wearing of masks were the watchwords, nonetheless.

Though the measures could be of good cheer to business owners who had always bellowed for an end to the restrictions on outdoor activities, the caution was clear.  One was not completely out of the woods yet.

Thus, indirectly saying that one’s safety is in one’s own hands.  Whatever the case, some excitement was ringing in the air for some people.

Before one could catch one’s breath on Covid-19 restrictions, the electronic levy on mobile money transfers, popularly referred to as E-Levy had entered our space.  With no inclination from Parliamentary correspondents that the proposed tax was finally going to be tabled for discussion in Parliament on Tuesday, one later got the headline news at noon that E-Levy had been passed by the Parliament of Ghana.

The drama surrounding the happenings of the day was like a well-rehearsed final Act and Scene in a Play.  One may call it a smart move or great luck in the number game that had held up the passing of the bill by Parliament for weeks; the climax must have been a great relief to the majority side in Parliament.  Of course, to some of us, the noise was over and we were moving forward.

The people of Tamale had a course to celebrate that same day with the gift of their first-ever interchange which was earlier commissioned by the President, accompanied by the Vice President. And of course, the President himself, marked in a white shirt that morning, had cause to push the boat out -a personal milestone – on his 78th birthday, looking healthy and vibrant.

The Tamale merriment later brought us another bigger celebration, this time at the national level, especially for football fans.

The Black Stars of Ghana succeeded in putting up a good performance far away in Abuja, Nigeria, as they played in the world cup qualifier against the Super Eagles of Nigeria.  Some hearts were palpitating for an away game like that.

But the odds turned in Ghana’s favour. Ghana Black Stars prevailed and qualified for the World Cup in Qatar.  Excitement galore defined our evening that day and the nation with a passion for football momentarily got united behind the national football team.

The tension of E-Levy got watered down just in time for a relieving night’s sleep.

The drama of the final week of Ghana Month unfolded in another scene, come Wednesday.  The long-awaited State Of the Nation Address (SONA) became a reality.  The President was in Parliament, no walk-out by the way, to present what his government saw as the true state of the nation.

As usual, comments from the minority saw it as a “state of national promises” and not the true state of affairs.  Various interpretations were proffered later in the day.

Whatever it was, the cry over the delay and not knowing what the nation’s state was ended with a final Act and Scene just before Ghana month closed.

The Ghana Football Association carried the entire Black Star team including the Head Coach and the team of footballers to the Jubilee House to receive their Presidential commendation.

Belated happy birthday to President Nana Addo Dankwa Akufo Addo.  But boy, what a month, what a week, what scenes of drama and what a climax to the celebration of Ghana Month, 2022.

Ghana was indeed the winner!

You can reach the writer via email at vickywirekoandoh@yahoo.com