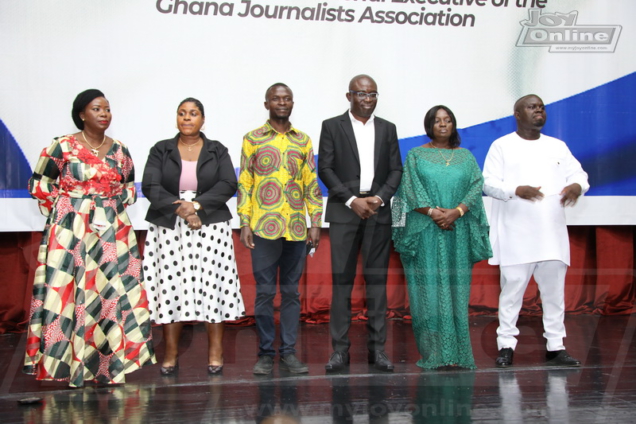 For over a decade June 24, 2022, was the first time I had deeply pondered going to vote in a GJA national election. Many factors played in my mind and I pulled myself together to face the Accra Friday traffic to the Press Centre to cast my vote that afternoon.

Over the last couple of years, I realised that our beloved and dearly cherished GJA needed a refreshing push and the long-awaited election was a must for this year. Waiting on the fence was not going to help anyone.

Some of us gave a thought to GJA back in President Edward Ameyigbor’s time. It was my first professional association and I cherished membership.

When an opportunity came for me to expand my horizon with employment in a corporate institution, I used the opportunity to among other things, progress through GJA programmes.

Perhaps it is necessary to do a total recall here with a bit of history just to encourage the new GJA Executive and let them know how much support the Association has in the corporate world and in many board rooms. The lineup of organisations to offer prizes and other support, particularly during the GJA Awards is enough to show how the Association stands tall above some other professional associations in the country.

Being a watchdog for a society that has a larger percentage of illiterates and semi-illiterates, the work of Journalists was in times past well recognised. I honestly trust it still is in a world of fake and sub-standard news reporting.

In my close to two decades of working life with Unilever Ghana, I felt proud to see how prepared the multinational Company was ready to partner with GJA to champion the work of responsible journalism in our country.

And to exemplify its commitment, proposals to assist GJA from President Kabral’s time through to Presidents Gifty, Ajoa and Ranford’s time before I took early retirement, always received favourable responses. The Company negotiated with the then Ministry of Information and the GJA to bring back the Journalists Awards way back in early 1990 and offered to sponsor the overall prize.

And so for years, the Company sponsored the Journalist of the Year prize with improvements along the line. Prizes from a vehicle to UK trips and familiarisation visits to some UK Media and then media training at Thomson Foundation were provided.

The Company even sent me to Cardiff, UK, to purposely go and negotiate with the prestigious Thomson Foundation for the training of Journalist of the Year Award winners at a point. All of that pointed to the value the Company placed on media excellence towards the development of our nation.

The Company promised and redeemed a substantial pledge towards the renovation of a donated building which became the International Press Centre during President Gifty’s time.

When I left active employment and worked as a consultant for another corporate institution and a financial institution, I went to the respective managements with the need for them to appreciate and support the growth of media excellence in the country. There were buy-ins with actual support to GJA during President Ransford’s time.

My total recall is to bring to the notice of the new Executive, a fact they probably may know but still needs to be highlighted – and that is, the GJA is a well-respected professional association in board rooms. Behind the scenes, there are media colleagues who are tirelessly pushing proposals to the benefit of GJA.

Almost all organisations out there in the corporate world employ professionals, who belong to credible and respected associations from finance to legal to supply chain, human resource, engineers, marketers, customer relations, public relations and what have you to make up their management team. However, not all receive the extent of annual budget support that the GJA receives.

As one gets excited with a fresh new leadership for GJA, one is expecting that the shining glory of the Association which some of us knew and pushed for its recognition and sustenance in Board Rooms would be jealously guarded and sustained.

It is not for nothing that the media is seen as the Fourth Estate of the Realm. Its watchdog role should be preserved, championed and made even more profound to continue to capture the respect and the nobility it deserves.

The new Executive will do well to look beyond its inner caucus and extend working arms to all its members planted all over in all sectors. Together and with all the rainbow experiences and skills GJA would build a much stronger and more vibrant Association, going forward.

Wishing the President and his executive well.  Long live GJA.