Reality zone with Vicky Wireko: Price hikes; advantage-taking is too much 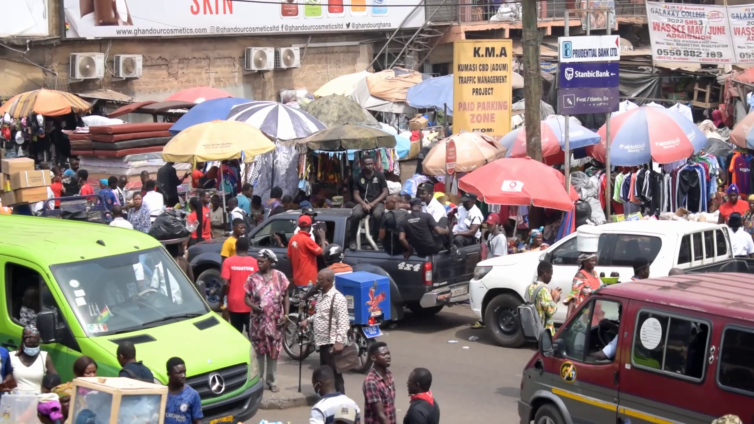 Why do we do this to ourselves sometimes? Taking advantage of situations to cheat others to make money? That is the situation we find ourselves in at this critical juncture of economic hardships with prices of goods and services skyrocketing, sometimes on daily basis.

Admitted. The drop in the value of our cedi as against the US dollar is a reality hitting all of us so hard.  One cannot deny the fact that the unsurpassed inflation rate is having a huge toll on the prices of goods, food items and services.

However, one can say that the daily price increases by some sellers are sheer exploitation of the situation to make money.  Unfortunately, those deep in that game do not feel ashamed of what they are doing.  They see it as a season to reap what they have not sown.

I had bought five bags of a brand of cement last week Tuesday morning at a price of around ¢60 plus per bag. Then on the following day, Wednesday morning, barely 24 hours, I went back to get two more bags at the same place.  It was clearly obvious that their stocks from the previous day had not moved much.

I was completely dazed then, that the same lady I met the day before, told me the price of all the cement brands had gone up by as much as ¢10 per bag. I stood there in shock.

I asked her what had changed for the price increase when she herself received payment from me in the region of ¢60 just 24 hours earlier. She looked at me and retorted: “That is the message they have sent us this morning”.

Really? Who would instruct that old stocks should change price and sell with as much as ¢10 increment within a day? What would the price be by the end of the week then?

I actually could not walk away as I would normally have done whenever I smelled cheating in the air when buying. This time around, I had no choice but to buy. I could also not argue much because my mason was waiting to finish the work for me.

Then, just two days ago, I stopped by a drinks seller to get some packs of assorted drinks for the house.  Like I sometimes do, I sat in my car and did the transaction with the seller.

I first asked for the prices of two of my favourite drinks as that is the normal thing to do these days. One has to ask before one buys. The lady I asked the price from looking at a second lady sitting close to her and whispered something in her ears. They whispered something to each other and called out a price that seemed outrageous to me.

I asked politely if that was the latest price and they both said, yes. At that point, I saw cheating sparkling in their eyes and drove off. Luckily, ahead of me was another drinks seller so I stopped to enquire about prices as she seemed to have the varieties I was looking for.

The seller was quite genuine. The prices she gave me for the same drinks I stopped for earlier were more like it.  They were reasonable and so paid for my selection and drove off.

Does anyone remember the early days of COVID-19 when we were locked down? Similar advantage-taking exercises by sellers were abhorrently applied, especially at the open markets where prices of foodstuffs like gari, rice, beans and some fruits shot up in price. People were just taking advantage of the situation happening then.

So what really is going on currently? Are some sellers taking advantage of the system while indulging in their own pricing of goods? If only people who are exploiting the economic situation could cast their minds back to those days of “Kalabule” and what happened as a result.

In case they are not old enough and therefore never experienced or got to understand the situation at the time with “Kalabule”, what is happening now can easily be classified as such.

It was a time when some individuals in the retail trade took advantage of the harsh economic situation then, bought goods and hoarded them and released them at their own bidding and at a higher price just to exploit others.

No one would wish for those days to come back and so the sellers who are dictating their own pricing even on older stocks and on daily basis, to make the situation look too dire should put a stop to it.

Just as the days of “Kalabule” went under, the current situation will also go under and hopefully, we shall return to fairness and justice in the retail market. They would be the losers.

DISCLAIMER: The Views, Comments, Opinions, Contributions and Statements made by Readers and Contributors on this platform do not necessarily represent the views or policy of Multimedia Group Limited.
Tags:
Kalabule
price hikes
Reality zone with Vicky Wireko