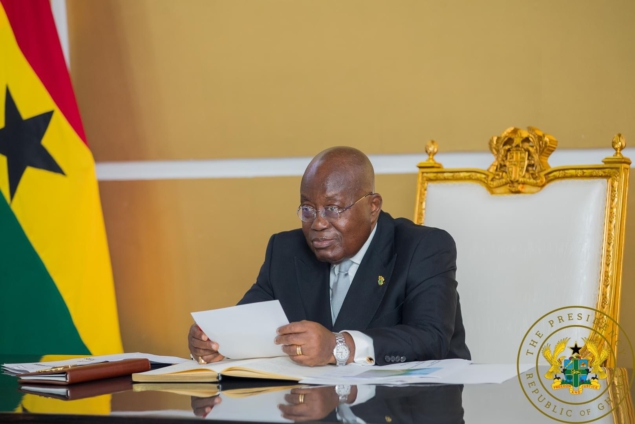 President Akufo-Addo has condemned the recent clashes recorded in two of the country’s public universities.

The President insisted such must be condemned by all.

According to him, “negotiations and dialogues” are the best tools for resolving grievances.

As a result, he could not understand why students would attack each other to attack themselves over petty issues.

President Akufo-Addo believes such acts should not be tolerated.

“It is distressing to hear that, students’ activities which ought to be without violence end up in fights and destruction of properties. I am not quite sure who benefits from that kind of behaviour.

“Whatever issues there are, can be addressed by negotiations and dialogue for everyone to put their cards fully on the table.

We should be able to find solutions to the problems and not resort to violence and destruction of public property.”

Recent disturbances on the KNUST campus followed a clash between residents of the University Hall (Katanga) and Unity Hall (Conti).

The chaos led to some school and private properties, particularly in front of the unity hall, being vandalised.

Some students from Katanga as part of a procession attempted to use the route in front of the Unity Hall, and in the process, a misunderstanding ensued between residents of the two halls.

This clash was just a few weeks after one ensued between Commonwealth and Mensah Sarbah Halls of the University of Ghana.

DISCLAIMER: The Views, Comments, Opinions, Contributions and Statements made by Readers and Contributors on this platform do not necessarily represent the views or policy of Multimedia Group Limited.
Tags:
Akufo-Addo
Commonwealth Hall
Conti-Katanga clash
Legon