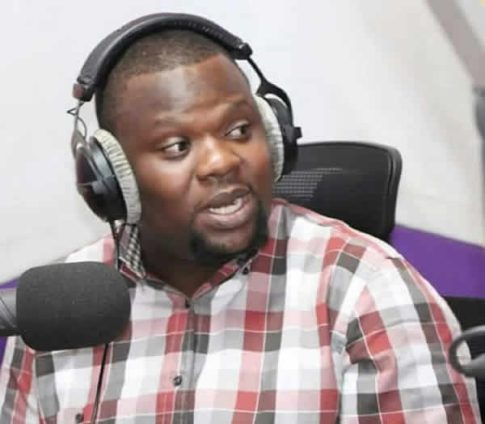 The Ashanti Regional Secretary of the opposition National Democratic Congress (NDC), Kwame Zu has made a heartfelt appeal to government to reconsider its decision to introduce the electronic transaction levy (E-levy).

In an interview, Mr Zu noted that the levy when implemented will only intensify the sufferings of average Ghanaians who are still trying to find their feet after the impacts of Covid-19.

“Your excellency, we plead that you will again reconsider your decision to impose the 1.75 per cent e-levy on the already burdened people of this country that are already crying because it is not going well,” he said at the NPP’s Delegates Congress at the Baba Yara Stadium in Kumasi.

The incumbent Finance Minister, Ken Ofori-Atta while delivering the 2022 budget on Wednesday, November 17, proposed that a 1.75% levy on all electronic transactions effective January 1, 2022.

He described it as an innovative method to generate revenue after the government scrapped road tolls.

However, a section of Ghanaians including the Minority in Parliament and some economists have kicked against this proposal arguing that it will intensify the hardships of the average Ghanaian.

Meanwhile, Mr. Zu believes that the conference presents a chance for party delegates to soberly reflect on various economic challenges.

“Even as you gather today to take steps that seek to entrench and deepen your internal democracy, we request that you set aside some time to soberly reflect and consider the main economic issues that plague, afflict and agonize the good people of this country presently.”

Ahead of the conference, President Akufo-Addo also admitted that Ghanaians were going through hard times.

He, however, failed to take responsibility for the hardship faced by Ghanaians.

Instead, he argued that should the populace fully support his government has implemented the county will chalk numerous success stories.

DISCLAIMER: The Views, Comments, Opinions, Contributions and Statements made by Readers and Contributors on this platform do not necessarily represent the views or policy of Multimedia Group Limited.
Tags:
Ashanti Regional Secretary
E-Levy
Kwame Zu