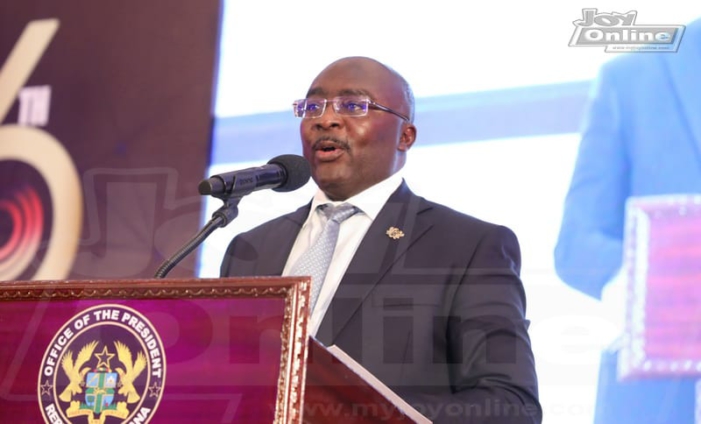 Vice President Dr. Mahamudu Bawumia has bemoaned the effect of too much importation on the country’s economy.

According to him, the high taste for products from overseas is leaving a deteriorating impact.

“And one of the areas where we have to address is to reduce the import dependency that we have as a country,” he said on Wednesday.

He explained that “as the global economy is going to realign to the new reality with more self-reliance, Ghana cannot be left behind.”

He was speaking at the Standard Chartered Digital Banking Innovation & Fintech Festival in Accra.

“We also have to look very closely at how we enhance domestic production and reduce dependence on imports for commodities that we can very easily produce here in Ghana.”

Addressing the professionals, Dr. Bawumia explained that the over-dependence on foreign products is a major contributor to the current state of the economy.

He further told the gathering that the grade surpluses being recorded are unprecedented making it near impossible to turn the economy around without the help of the general citizenry.

It is on the back of this that he suggested that the approach toward production needs to change.

“You are seeing Ghana, consistently over the last five years, having more and more trade surpluses. This is like for the first time in about twenty years that we’ve consistently had trade surpluses on our balance of payments. At the same time, we have a lot of current accounts deficits, which means that a lot of the foreign exchange that we are earning from our trade doesn’t stay in Ghana.”

DISCLAIMER: The Views, Comments, Opinions, Contributions and Statements made by Readers and Contributors on this platform do not necessarily represent the views or policy of Multimedia Group Limited.
Tags:
Dr. Mahamudu Bawumia
Standard Chartered Digital Banking Innovation & Fintech Festival