Reggie Rockstone reports himself to wife over Abena Korkor cameo 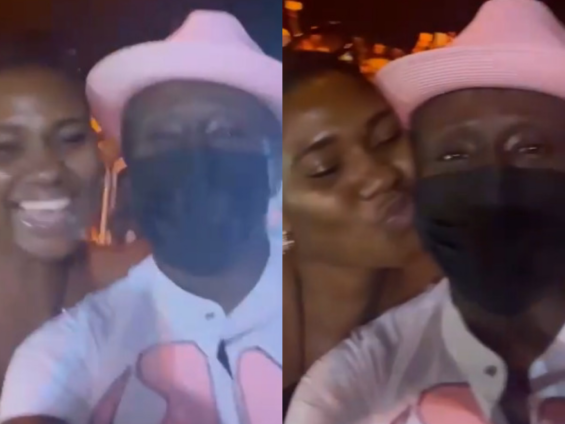 It seems the hip-life grandpapa, Reggie Rockstone, is seeking to quell a fire even before it is started.

Considering the spectacle that has ensued anytime Abena Korkor comes out with new names of people she allegedly had sexual encounters with, Reggie Rockstone does not want to be caught off-guard.

On Thursday, the musician posted a photo on Instagram in which he was seen frolicking with Abena Korkor at what looked like a public event.

In the five-second video, Ms Korkor is seen giving a peck to Reggie on his cheek while he filmed in selfie mode.

“@missabenakorkor I AM REPORTING MY SEF😜 ZILLA ALLOW!” he wrote under the video which has since gone viral.

This year marks two decades of the musician’s marriage to Zilla Limann.

Reactions under the IG post suggested that Reggie is strategically shielding his marriage from any potential chaos that may erupt should the video pop up in the future.

This comes after Abena Korkor provided more names of Ghanaian public figures with whom she had supposedly slept.

Former footballer, Stephen Appiah is one of the public figures who recently had cause to debunk claims after the socialite also accused him.

According to him, their only engagement has been over requests for photo opportunities by Abena Korkor which he had occasionally granted.