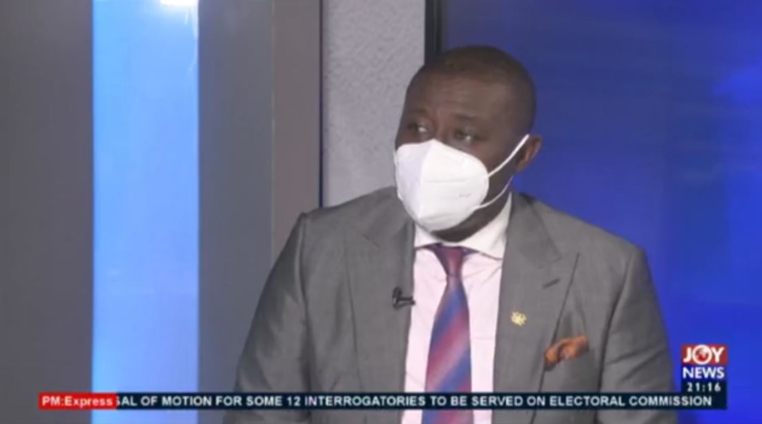 Vice-Chairman of Parliament’s Finance Committee, Patrick Yaw Boamah, has stated that if he had his way, members of the House will reject a $28million loan requested by the Finance Ministry to procure 275 vehicles for them.

“If I have the power, I will ask my colleagues to reject the facility. For a simple reason that all the other arms of government, vehicles are procured for them.

“So I think we need to interrogate it, if the public thinks that MPs don’t deserve a vehicle to work with, we should know. So that we know our limitations and what the Finance Minister can do to support our work,” he told JoyNews’ Joseph Opoku Gakpo, Wednesday.

The Finance Ministry on Tuesday, July 6, presented to Parliament, a request by government for a $28million loan from the National Investment Bank to procure vehicles for the 275 MPs and another for a $3.5million car loan for members of the 8th Council of State for them to purchase vehicles.

Addressing the floor of the House, Deputy Finance Minister, Abena Osei Asare stated that the medium-term $28 million loan is to be paid back by the members in the course of their four-year term as MPs.

This request has, however, been condemned by members of the general public and scores on social media. According to many, procuring such a loan amidst the adverse effects of Covid-19 on the economy is not the right step to be taken by government.

Ghana is getting a loan of 28 Million Dollars just to buy cars for Parliamentarians. There is a powerful curse ravaging through African countries

In response to the public concerns, Mr Yaw Boamah noted that Members of Parliament should not be subjected to public bashing.

This, he said is because a percentage of his salary has been deducted from February this year to cater for the loan to be procured in July if approved by the House.

“Before I started taking my salary in the eighth Parliament, I was given a notice that from February, a certain amount of money will be deducted from my salary in anticipation of this loan which is yet to be approved in July.”

“So from February, I started paying even though I hadn’t seen the loan, ” he said.

According to Mr Boamah, it is not out of the ordinary for Members of Parliament to be provided vehicles just as members of the Executive and Judiciary are provided with vehicles to carry out their duties.

“From the President, down the line to Ministers. You have seen Ministers, they come here with official vehicles. Nobody complains. The members of the judiciary, they do, nobody has complained, MPs are not having it for free, they are procuring a loan that one, there is a problem.”

“Nobody has asked why the state, from the Executive and the Judiciary, are given vehicles without having to procure a loan. That is why I am saying, if I have my way, I will tell the MPs to reject the loan and ask government to procure vehicles for us to use in the performance of our duties, after four years, we leave the vehicles for them,” he reiterated.

The Vice-Chairman of Parliament’s Finance Committee further suggested another alternative, “if we all agree, we must buy a stationed vehicle so that when you are going to your constituency or you are going on an official assignment, you get a driver from Parliament, takes you, you come back and park the car and you buy your own car from your salary.”

DISCLAIMER: The Views, Comments, Opinions, Contributions and Statements made by Readers and Contributors on this platform do not necessarily represent the views or policy of Multimedia Group Limited.
Tags:
Loans
Patrick Yaw Boamah
Vice-Chairman of Parliament’s Finance Committee