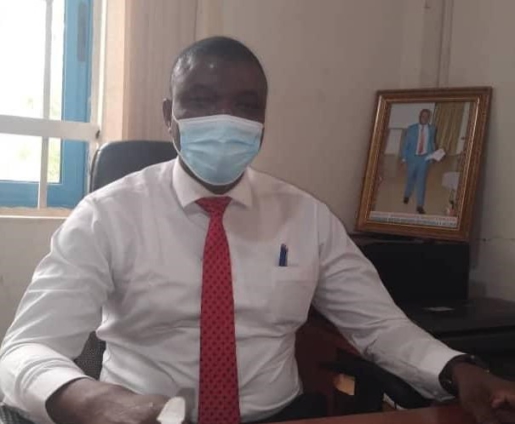 The National Health Insurance Authority (NHIA) has appealed to members of the public to report illegal charges at health facilities for appropriate action and redress.

Northern Regional Director of the Authority, Abdul Latif Issahaque, said charging for services covered by the NHIS was a cost to the subscribers and the NHIA.

He said such practices defeated the purpose of the health insurance scheme, which was instituted to make health care available and affordable to all.

Mr Issahaque was speaking in an interview in Tamale in reaction to some NHIS subscribers complaints of payments at health facilities to receive treatment even though their subscriptions had not expired.

The NHIS subscribers said they were asked to pay for almost everything used on them or required for their treatment, saying this made them feel that the NHIS was not working effectively.

They expressed their concerns when the GNA interacted with them at the Tamale Teaching Hospital (TTH), Tamale Central Hospital and the Tamale West Hospital to ascertain how NHIS subscribers assessed the treatment they received at the hospitals.

A relative of a patient on admission, Mr Mantapa Siahadu Gad said on Saturday, March 27, this year, the brother was transferred from the Bimbi Hospital in the Nakpanduri-Nasuan District of the North East Region to TTH after he fell from a tree.

Mr Gad said, “We got to TTH at 1900 hours but they started attending to us after midnight. They wrote medicines including bandages for us to buy and we spent ¢245 to buy them. Apart from what we bought, they have not given him any other medicine.

“Today (Monday) they asked us to go and do a CT scan on his head. They say they do not have a CT scan machine at the TTH. So, they showed us a pharmacy just opposite the TTH to go and do it and we did it and paid ¢480.”

He said although his brother was a valid NHIS subscriber, he was spending so much money.

“Actually, I am not happy with what is going on because when he fell, his head hit the ground and ever since we came, they have not done anything about it. It makes me feel that the NHIS is not working.”

A lady, who did not want to be named, said she was delivered of a baby at TTH on March 17, this year, and was discharged on March 20.

She said, “From what I experienced, I do not think NHIS is now more active than before. I did not pay for bed but I paid for a lot of drugs and some were prescribed for me to buy outside of the TTH and the prices ranged from ¢5 to ¢10. Why can’t NHIS cover such drugs?”

At the Tamale Central Hospital, Mr Alhassan Abdulai said he brought her wife for treatment after she was involved in a motor accident on Monday morning (March 29) in Tamale.

Mr Abdulai said a scan was done on his wife’s arm and he was asked to pay ¢40 because it was not covered by the NHIS, adding he paid the money but he was not happy about the situation.

Some relatives of patients at the Tamale West Hospital recounted similar experiences, saying they expected NHIS to cover some of the minor treatments that they received at the hospital.

Mr Issahaque was not happy that issues of charging subscribers for services covered by the NHIS kept recurring even though Management of the NHIA had held several meetings with the hospitals to impress on them to put an end to such practices.

He said about 95 per cent of drugs used at the hospitals were covered by the NHIS, adding that the NHIA would intensify its monitoring activities to reign in the erring health facilities.

DISCLAIMER: The Views, Comments, Opinions, Contributions and Statements made by Readers and Contributors on this platform do not necessarily represent the views or policy of Multimedia Group Limited.
Tags:
Health facilities
Illegal charges
Mr Abdul Latif Issahaque
NHIA