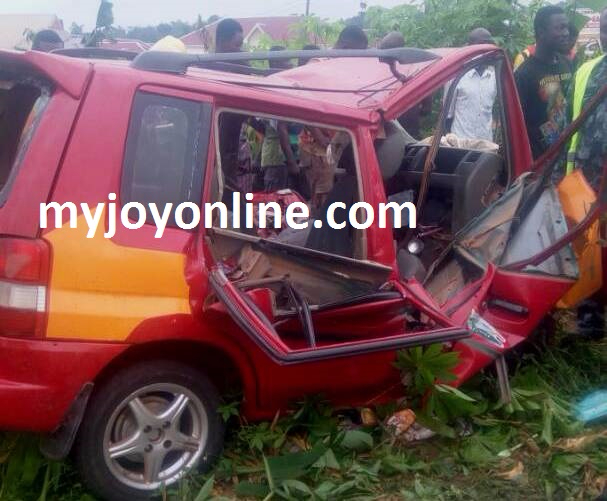 One hundred and fifty-two people have been killed in road accidents in the Ashanti Region in the first half of this year.

A report by the National Road Safety Commission says the deaths occurred out of a total of 1028 road accidents.

All casualty figures, including pedestrian’s knockdowns, went up this year.

Motorbikes and tricycles accounted for 11 per cent of 1,588 vehicles involved in accidents over the same period.

Officials at the National Road Safety Commission say stakeholder discussion will be activated to find ways of dealing with the worrying trend.

“We are in the middle of the year and we have to re-strategise, maybe there is something we are not doing well and make sure the roads are safer. We have to assess what we have done for the year and see which target group we have to send our education to”, he said.

He advises motor cyclists to desist from flouting of laws regulating the use of tricycles and motor bikes.

“Sometimes you find tricycles loaded with foodstuffs and market women sit on them, so we should make sure that education goes with enforcement of the law,” he admits.