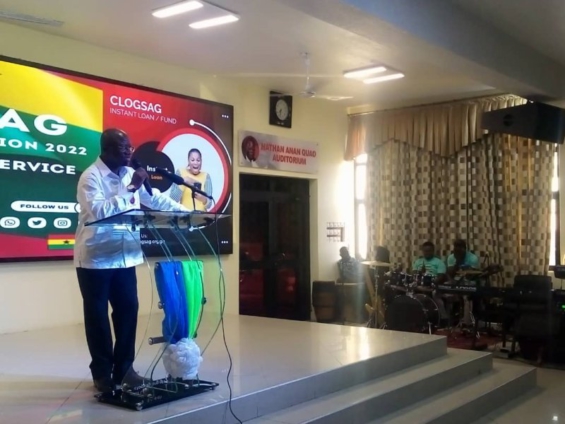 The Civil and Local Government Staff Association, Ghana (CLOGSAG) and government have been at crossroads for almost two weeks over the former’s demand for payment of neutrality allowance and other remunerations.

Addressing members of CLOGSAG to mark this year’s May Day celebrations in Accra, on Sunday, Mr Agyekum-Dwamena said Government must do all it can to quickly resolve the impasse for industrial harmony to prevail.

He said over the years, the civil and local government staff, and to a large extent, public servants, has contributed immensely to the development of the country and must be given what they deserve.

In addition he stated that: “We are part of the broad process, we are part of policy formulation, monitoring and evaluation process, so we clearly understand the challenges of this country and so I want to encourage the people of Ghana to come to a certain understanding of the role civil servants in national development and support us.”

Some people, including civil society organisations, as well as social and political commentators, have questioned the rationale for the payment of the neutrality allowance.

In response to that, Mr Agyekum-Dwamena entreated Ghanaians to be circumspect in their criticisms against CLOGSAG’s demand for neutrality allowance.

DISCLAIMER: The Views, Comments, Opinions, Contributions and Statements made by Readers and Contributors on this platform do not necessarily represent the views or policy of Multimedia Group Limited.
Tags:
Civil Service
CLOGSAG
Nana Agyekum-Dwamena