Restructure Council of State or scrap it – Abu Sakara 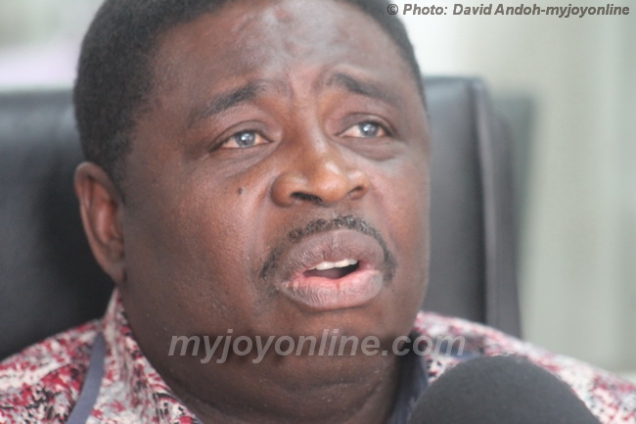 The convener of the National Interest Movement, Michale Abu Sakara Foster, has called for a review of the composition of the Council of State to make it more effective.

According to him, if this is not done, there will be no need keeping the Council in place.

In an interview on JoyNews’ AM Show, the former flagbearer of the Convention People’s Party (CPP) explained that the current membership of the Council of State does not make room for government to receive critical feedback.

This, he said, is due to the fact that some members of the Council are appointed by the President.

He, therefore, suggested that the current membership structure of the Council should be revised to make it a second-check system.

“We have one of two options. Either you restructure it as a second chamber and have its membership constituted in such a way that they’re not beholding to the President, and therefore can be better checks and balances on him. Or you eliminate it altogether.

But I think that improving on it and having a second chamber is a good way to go, particularly as we’re also thinking of ways of introducing the influence of traditional rulers into it as another way of strengthening accountability”, he noted.

Mr Sakara’s comments come at a time, when there are widespread calls for government to take measures to make the country better.

One of such calls that has featured prominently is the call for the President, Nana Akufo-Addo, to reshuffle his ministers in the wake of the country’s economic crisis.

According to the proponents, this will help inject an air of freshness into government business.

But the President has been adamant to these calls. In his view, the current crop of ministers are giving off their best and therefore he does not see the need to effect any changes.

Meanwhile, Ghana is currently reeling under serious economic pressure, with the country’s economy declining by the day.

This is evident in the depreciation of the Ghana Cedi, as compared to other major trading currencies like the US dollar.

The country’s inflation is also at a record 31.7%, with the cost of living increasingly becoming high.

Government has however reiterated its commitment to addressing the situation and working assiduously to put the economy on a better footing.

DISCLAIMER: The Views, Comments, Opinions, Contributions and Statements made by Readers and Contributors on this platform do not necessarily represent the views or policy of Multimedia Group Limited.
Tags:
Abu Sakara Foster
Akufo-Addo
Council of State
Economy
Ghana Cedi depreciation