Retaliate Emirates’ cancelation of flights to Ghana – Ablakwa to Akufo-Addo 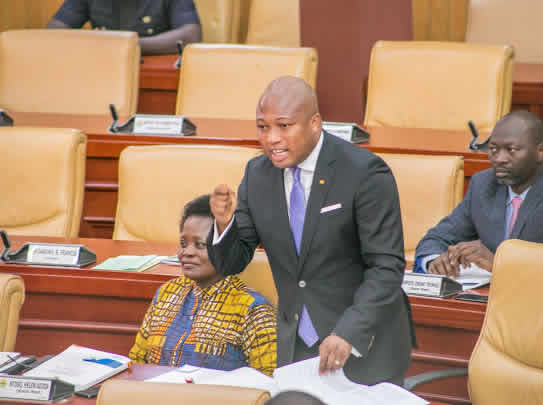 The Ranking Member of the Foreign Affairs Committee of Parliament, Samuel Okudzeto Ablakwa, has suggested a number of ways government can reciprocate Emirates’ cancellation of flights to Ghana.

He wants President Akufo-Addo to boycott the upcoming Dubai Expo in light of the development.

“I should hope President Nana Akufo-Addo of Ghana would also in protest reconsider his plans to lead a Ghanaian delegation to the Dubai Expo on March 8, 2022,” he wrote on social media.

Ghana forms part of 10 African countries that the Emirates airline will indefinitely suspend entry to.

Sources say the suspension may be linked to the rising number of positive Covid-19 cases recorded on outbound flights arriving in Dubai from Accra and Abidjan.

But Mr Ablakwa sees the decision which came into effect on December 28, 2021, as discriminatory, offensive, senseless and retrogressive.

He also wants African leaders and the African Union to compel the United Arab Emirates, through an ultimatum, to reverse the suspension or face reciprocal action.

“I urge African Presidents and the African Union to immediately denounce this shameless discriminatory policy and to proceed by giving UAE authorities an ultimatum to reverse this backward ban, failing which I strongly expect African countries to reciprocate in good measure, and in addition withdraw en masse from the ongoing Dubai Expo which closes on March 31, 2022.

DISCLAIMER: The Views, Comments, Opinions, Contributions and Statements made by Readers and Contributors on this platform do not necessarily represent the views or policy of Multimedia Group Limited.
Tags:
Akufo-Addo
Emirates
Samuel Okudzeto Ablakwa
Travel