Reverse ruling in favour of Maxwell Konadu, PSC’s award is based on errors of facts – Kotoko tells GFA Appeals Committee 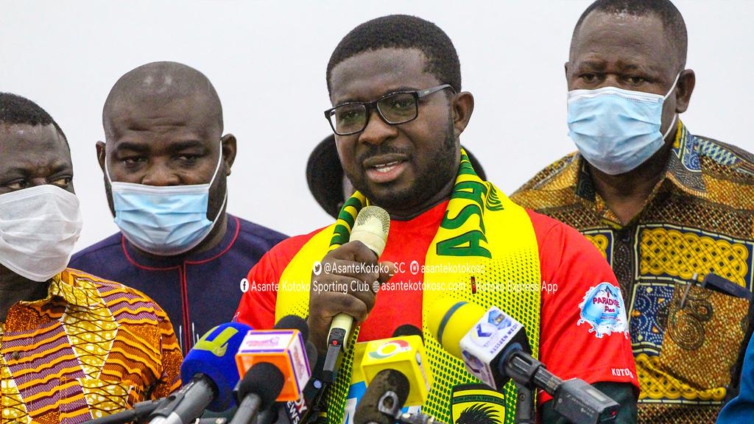 Asante Kotoko has appealed the decision of the Player’s Status Committee (PSC) of the Ghana Football Association (GFA) to award a ruling in favour of its former coach Maxwell Konadu, requesting the club pays him $41,000 for unilateral termination of contract.

The appeal, signed by Chief Executive Officer (CEO) Nana Yaw Amponsah, and submitted to the Ghana FA on April 21, 2021, sighted by JoySports, described the conclusion of the committee as ‘erroneous and misinterpretation’ of some of the clauses in the contract of employment between the two parties signed on December 19, 2019.

The document also noted that the PSC ‘engaged in speculation when it held that for all intents and purposes, the reason assigned by the Appellant for the termination of the contract fell under clause 11.4.1.’

Lawyer Is-Hak Al-Hassan committee, asked the Porcupine Warriors to pay Maxwell $36,000 being the residual value of the contract left following management’s decision to part company with him.

The committee described the decision of Kotoko as ‘hasty, premature and no just cause.’ Kotoko had argued that, in their agreement with Maxwell, he was due three months pay-off if the club so decides to terminate the contract, thus, the decision of 20 April 2021 awarding the “Respondent the sum of US$36,000 is without basis and unsupported by the contract of employment between the parties.”

They added that, termination clause in the contract of employment in dispute clearly states the ‘compensation’ due the Respondent in the event of termination is stipulated in “11.1 subject to Clauses 11.2 and 11.3 hereunder, either party to this Agreement may terminate this Agreement by giving not less than three (3) month’s written notice to the other party,” hence, Kotoko exercised its right to terminate the contract for any reason and pay compensation of three months’ salary to the Respondent.

But, the PSC disagreed with their position and ruled that, the termination does not fall within the employment contract clause 11.4 which indciates that, the “Club may terminate the Head Coach’s employment without
compensation and without prior notice…”, an explanation Kotoko noted as ‘speculative.’

Nana Yaw Amponsah’s management has requested that the Appeals Committee reverse the decision of the PSC directing the them to pay the sum of US$36,000 to Maxwell Konadu as their decision is “erroneous, is not sanctioned by the binding contract between the parties and was arrived at based on errors of facts.”

The Appeals Committee should reverse the ruling of  PSC refusing to order Maxwell to pay the sum of “GHS55,300 to the Appellant being costs of hiring an alternative vehicle for its officer.”

The Committee is expected to deliver its ruling in the coming days.

DISCLAIMER: The Views, Comments, Opinions, Contributions and Statements made by Readers and Contributors on this platform do not necessarily represent the views or policy of Multimedia Group Limited.
Tags:
Asante Kotoko
GFA Appeals Committee
Maxwell Konadu