Ridding our game of the current rot 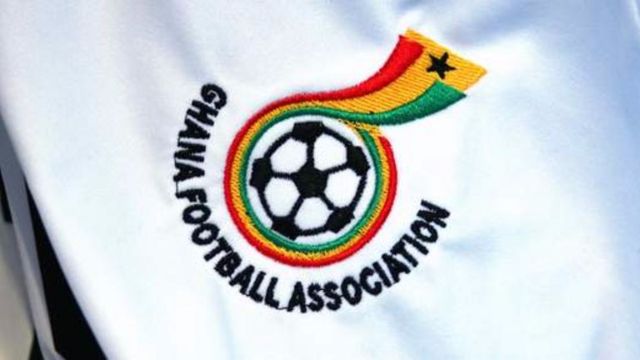 The end of every football season in Ghana comes with more questions and controversies than answers and jouissance. The Ghanaian game is currently replete with questionable refereeing errors, bribery (and counter) allegations, betting and match fixing scandals, technical and, managerial ineptitude among other things.

In addition to these shortcomings threatening the development of football, the passion of many Ghanaians, the governing body failed to attract adequate sponsorship for last season’s 16 league clubs beyond the measly television coverage kitty from StarTimes. My interest in this piece is not limited to an enumeration of the challenges facing Ghana football but to proffer practical solutions for the evolution of our game.

Branding and marketability are now an essential part of modern sports. All over the world, sporting organizations and disciplines are relying on corporate sponsorship to develop and achieve results and Ghana’s sports industry cannot be an exception. It is not a surprise that the English Premier League has as its CEO, Richard Scudamore who has a wealth of experience in media, advertising and commercially driven enterprises.

The resultant fruits of this smart move by the English Football Association are there for all to see. The EPL is arguably the most competitive, marketable and economically viable football brand around the globe. It is in our interest as a nation that treasures football to emulate the ever-growing business model the game has become.

No serious minded business is likely to partner an outfit that is characterized by lack of transparency and accountability. The FA’s approach to managing grievances and disciplinary issues arising from the local league continually leaves much to be desired.

For instance, the association’s adjudicating bodies have tended to delay the delivery of verdicts and for that matter justice, resulting in protracted legal proceedings that have either hampered the credibility as well as smooth running of the league or held up the commencement of the subsequent season.

Taking a cue from international best practices, the leadership of the local game and its judicial authorities must make it a point not only to resolve disputes in a timely manner but more importantly in full respect of the legal framework governing the game.

By so doing, the FA will be able to position itself as a credible institution that neither condones wrongdoing nor subverts the cause of truth and justice. Such an image will go a long way to advertise the game beyond being a passion to an attractive brand for corporate entities to associate their enterprises and products with.

The injection of capital into our game through corporate patronage can help address the current uncontrollable spate of player exodus affecting football clubs and the game at large in our country. Owing to the meager and intermittently paid salaries of players plying their trade locally, talents are easily tempted by the least offer from overseas.

Conversely, one cannot begrudge these athletes who are breadwinners of their families and also need the most conducive environments to hone their skills in order to earn commensurate wages. As such, securing sponsorships through the FA and by individual clubs will help curb if not preclude the flux of the best players from the country.

Since the presence of quality stars in any league influences its competitiveness and ability to attract mouth-watering commercial deals, the onus lies on both clubs and the governing body to act as quickly as possible to redeem the sport.

Also, officiating has long been one of the main challenges of the Ghanaian footballscape. Since our referees are neither fulltime officials nor well-paid, it is generally assumed that they become susceptible to bribery and corruption. While a personal attitude of integrity and honesty might appear to help curb this situation, they are insufficient and unsustainable in the long-term.

A proactive approach which aims to sanitize the game by continually monitoring referees’ performance and financially rewarding their work will be the better option. And thus, to resolve this quandary, we could replicate the English example of the Professional Game Match Officials Limited (PGMOL).

Indeed, not all referees in England are full time professionals. The PGMOL comprises a selected few who manage top tier games.

Given the financial and technical investment made into the group, referees are expected to perform at the highest level. Although, officials still commit errors in the course of managing matches, the overall output has been top notch. I am convinced that it is high time we had a professional pool of officials who are committed to the game and adequately remunerated for their services.

The question will always be where is the money to execute this? Without sounding controversial, my answer is “What happened to all the yearly FIFA subventions to the GFA for the development of the game and the proceeds from our participation in tournaments like the World Cup?” Rather than doling out these monies to individuals, it is essential to channel them into ventures like the professionalization of referees to transform the state of our game.

Even if this is a sacrifice to be made, it is and will be worth the effort. The game in other jurisdictions has come this far by making visionary decisions that have resulted in the evolution of the sport. Meanwhile, we must not forget that external funding to support the cause of an attractive brand is only a matter of when not if; the very reason we must start from self-financing to revamp the local game’s image.

This piece is in no way a panacea for all the challenges confronting Ghana football. Nonetheless, my hope is that it inspires progressive discussions on how to revitalize the dwindling fortunes of the passion of the nation.