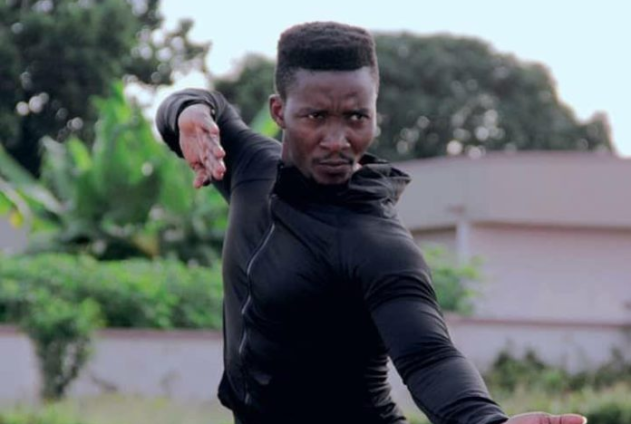 Kumawood actor, Andrew Ntul Mensah, also known as ‘Scorpion GH‘ who was shot by armed robbers, has finally opened up about the incident.

Speaking in an interview with his colleague, Kwaku Manu, the actor who is steadily recovering said that he suspects the men had not come to rob but to kill him.

He revealed that during the time of the attack, his landlord tried helping fight off the men, however, he was warned to stay off.

Scorpion claims the men had then said they came to the house for the actor.

Left to fend off the robbers alone, Scorpion said although he had been shot, he was not willing to go without a fight.

The actor fought his attackers for about 10 minutes before one of the robbers shot him once again.

The actor was attacked in his house at Aburaso New Site near Kumasi in the Ashanti Region at about 2:40 am on September 10, 2020.

He told Kwaku Manu that the incident felt like a dream questioned why anyone will attempt to take his life.

In the midst of the chaotic scene, Scorpion noted that he managed to take his family to a safe haven on the blind side of the “assassins” and went on to seek help to be taken to the hospital.

Scorpion added that he held on strongly to his life during his trip to the hospital stating that he had a conviction that his life could not just end that way.