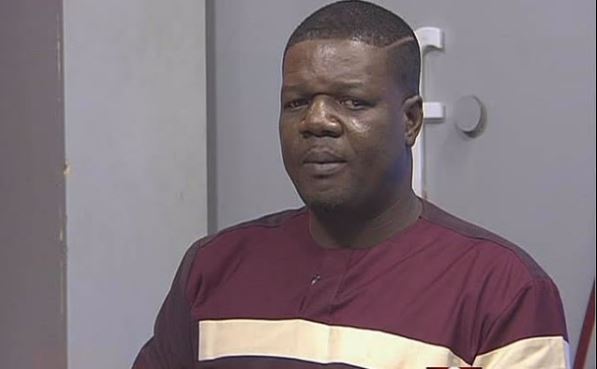 MP for South Dayi in the Volta Region, Rockson-Nelson Dafeamekpor, has rendered an apology to Deputy Majority Leader, Alexander Afenyo Markin over a clash that ensued between them in Parliament on Friday.

Speaking on Joy FM’s Top Story on Friday, the South Dayi MP said it was necessary to apologise for the incident as Alexander Markin is the Deputy Majority Leader in the House.

“He is my leader in Parliament. Even if he said anything and I thought that it was not correct, I needed not to exchange words with him. On that note, I apologize to him,” Mr. Dafeamekpor told host Ernest Manu.

That notwithstanding, the lawmaker criticized Nhyiaeso MP, Stephen Amoah for his approach to the situation, describing it as irregular.

“The manner in which the MP for Nhyiaeso, Stephen Amoah, attacked me and Emmanuel Kofi Buah is most irregular. There is a disaster. All we want is some comfort for our people in Anlo and a long-standing solution to the problem,” he lamented.

Earlier in Parliament, a photo used by the Majority Caucus in Parliament on the issue of tidal waves, which has devasted communities in the Volta Region, nearly started a fight between the two sides at a press conference.

According to them, Mr. Afenyo Markin was misinforming the media with the picture.

The clash occurred towards the end of the presser when the Bole Bamboi MP, Yusif Sulemana came to snatch the image from Afenyo Markin, and handed it over to Dafeamekpor.

Nhyeaso MP, Stephen Amoah, then followed up to retrieve the image from Mr Nelson Dafeamekpor. This led to the clash.

Mr Afenyo Markin was then seen asking Mr Rockson Dafeamekpor to hand over the image to him.

DISCLAIMER: The Views, Comments, Opinions, Contributions and Statements made by Readers and Contributors on this platform do not necessarily represent the views or policy of Multimedia Group Limited.
Tags:
Alexander Afenyo Markin
Parliament
Rockson-Nelson Dafeamekpor