Roger Federer to miss rest of 2020 after further knee operation 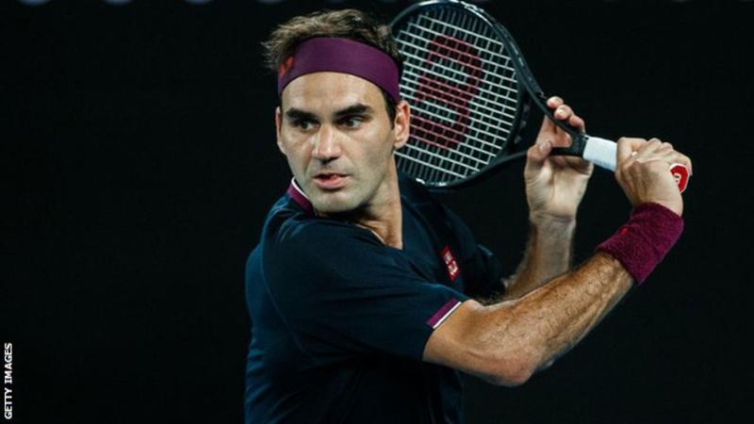 Roger Federer will miss the rest of the 2020 season after having a further operation on his right knee.

The 20-time Grand Slam winner had the initial arthroscopic surgery in February but said he suffered a “setback” with his rehabilitation.

Professional tennis has been suspended since March because of the coronavirus pandemic.

“I will look forward to seeing everyone back on tour at the start of the 2021 season,” the 38-year-old Swiss said.

Federer has not played since losing to Novak Djokovic in the Australian Open semi-finals in January.

In 2016 he missed the majority of the season with a knee injury, but returned the following year to win the Australian Open and Wimbledon.

“A few weeks ago, having experienced a setback during my initial rehabilitation, I had to have an additional quick arthroscopic procedure on my right knee,” Federer said on Twitter on Wednesday.

The ATP Tour is currently shut down until at least the end of July because of the pandemic, with the US Open currently scheduled to start on 31 August and the French Open beginning on 20 September.

There will be worse years to miss through injury, although Federer will now be well into his 40th year the next time he walks out to compete.

He would have been very much an outsider at this year’s delayed French Open anyway, and has struggled in recent years in the humidity of New York, where the US Open is still hoping to be staged.

Travelling on tour with a family may also prove far less appealing, and even impractical, with so many Covid-19 restrictions still in place.

But Federer’s chances of overtaking American Jimmy Connors’ record 109 titles will be affected. He currently has 103 to his name.

DISCLAIMER: The Views, Comments, Opinions, Contributions and Statements made by Readers and Contributors on this platform do not necessarily represent the views or policy of Multimedia Group Limited.
Tags:
Roger Federer
Tennis