Ron Kenoly narrates the mystery behind his ancestry 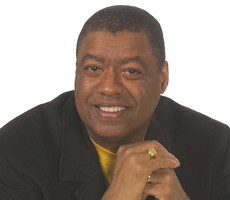 The American praise and worship leader, Dr. Ron “Kweku” Kenoly has narrated the mystery behind his ancestry.

According to him, his great, great grandfather was mistakenly captured as a slave at Elmina in the Central region of Ghana while playing.

He made this known when a delegation of chiefs and elders from Elmina led by the Chief of the area Nana Kodwo Conduah VI paid a visit to him at the African Regent Hotel where had lodged since he came to Ghana.

Dr. Kenoly said that his great, great grandfather then a young boy was mistakenly captured whiles playing at the seashore at Elmina and was taken to the United States of America alongside some slaves in 1836.

The singer stated, that was how come he had the name Kenoly.

Nana Conduah on behalf of the chiefs and people on Elmina presented a high quality Ghanaian woven Kente cloth to Dr. Kenoly which he gladly accepted.

Dr. Kenoly was expected to visit the chiefs and people of Elmina where a durbar was to be held in his honor but this arrangement was changed due to undisclosed reasons.

He apologized for his failure to visit Elmina where he is believed to come from but was quick to assure the chiefs and the people of the area that, he would be visiting them annually to help develop the area.

Dr. Kenoly continued that he would not only visit them but also come with his family so that they would also know their roots.

Nana Conduah and his delegation also expressed delight in the fact that Dr. Kenoly openly declared that he hailed from the Elmina.