A rooster named Maurice, whose early-morning crowing got under the skin of his neighbours, has become the focus of a court battle in France.

The cockerel has been accused of causing noise pollution by a retired couple with a holiday home on the picturesque French island of Oléron.

His owner, Corinne Fesseau, says her cock is simply doing what cocks do.

Neither Maurice nor his accusers were present at court in the western town of Rochefort for proceedings on Thursday.

But the rooster, who has become something of a local celebrity, received a show of support from cockerel owners who had gathered outside the court building. 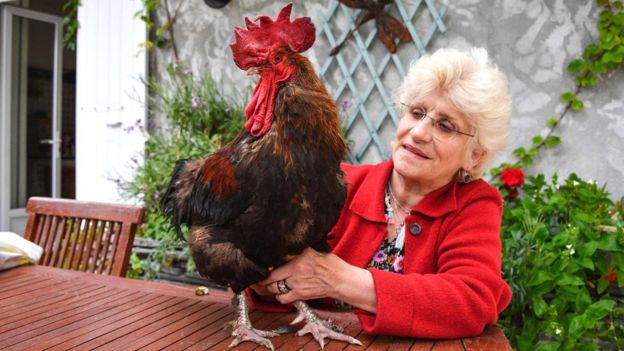 The complainants, Jean-Louis Biron and Joëlle Andrieux, built a holiday property in the village of Saint-Pierre-d’Oléron about 15 years ago, which later became their retirement home.

One of the reasons they chose the region, they said, was because of its tranquillity. But problems with Maurice, and what they described as his excessively loud crowing, began in 2017.

They complained to Ms Fesseau, who has lived on Oléron for 35 years, provoking a disagreement which became a headline-making dispute.

For Ms Fesseau, and her supporters in the local community, the issue is simple – cockerels are part of the rural way-of-life, and is it unreasonable to demand an end to their crowing.

Whether something will need to be done about Maurice will now be considered by the court, with a verdict due in September.