Running to IMF is not the solution - Michael Cobblah - MyJoyOnline.com

Running to IMF is not the solution – Michael Cobblah 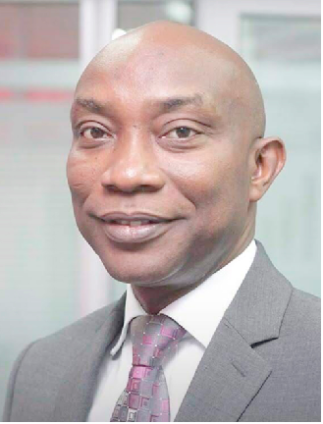 The Chief Executive Officer of C_Nergy Ghana, Michael Cobblah, says the government running to the International Monetary Fund (IMF) should not be the solution to sustaining Ghana’s economy.

According to him, the solutions proffered by the IMF have in the past not been able to be sustained thus it was time to look internally to solving Ghana’s economic woes.

Speaking on PM Express Business Edition, he noted that the solution to building investor confidence in Ghana once more was to among other things cut down on expenditure and demonstrate fiscal discipline using hard figures.

He said, “The problem in the past, going back to IMF, is the fact that you go to IMF you’re restricted in terms of your borrowing, you have policy credibility, I do not think that that is where we are today.

“I remember when my good friend said when we wanted to go to IMF we came up with a policy, homegrown policy, homegrown solutions, I don’t think that the IMF came up with something quite different from what we were prescribing for ourselves except that we had thrown so much mud at the system that nobody believed what we were saying and nobody was hearing us internally.

“Where we are today I do not believe that investors are crying out loud and saying that we need to have policy credibility. If the investors want to see the hard facts, we need to carry the investors along to know what we are doing.”

He noted that restrictions that the IMF may impose on the economy, should the government subscribe to a programme, may not solve the myriad of problems plaguing the country.

He stated that amidst rising inflation, it is expected of government to find a solution that would cushion citizens to make the situation a little bearable for them while still maintaining economic growth.

“On the fiscal side are we really cutting down expenditure as we are expected to cut? And mind you in any situation, any governor’s headache is being able to balance growth and inflation, and we’re not in ordinary times.

“I mean inflation is all over the place, the Covid situation, the Ukraine war, Russian war has brought with it difficulties across the world. Question is that how do we put in measures to ameliorate this for our citizenry to make the situation a bit bearable for our citizens? Can we cut down expenditure? Can we cut down some of the things that we are doing, the growth areas that we are looking at and make sure that people are a bit more comfortable?

“Because this situation is a very dire situation, and as much as you’d run to the IMF, the IMF will come out with its restrictions in terms of borrowing, in terms of employment cuts and its really not going to solve a lot of our problems. Question is that can we look internally and be disciplined enough and to cut out the areas that we are wasting and to be able to save enough to be able give the investors the confidence that we have?” he said.

Mr. Cobblah further noted that considering the situation the country currently is in, an IMF solution may not be able to fill the monetary gap the country presently needs.

“If we run to the IMF the maximum we’re getting is about 400million dollars, half a million dollars, but the hole is much much bigger than that. And we need to demonstrate with hard figures, with cashflows showing that we can really come out of this by cutting own the expenditure that we say we’re going to cut and carrying out showing that the hard numbers in terms of what we really are doing substantially to turn the situation around. I personally don’t believe that the IMF is the solution.

“Like Prof has said, we’ve run there 17 times and we’ve not been able to sustain what was expected of us, going there 18 times will not make any difference,” he said.