Russia has not lost anything over actions in Ukraine – Putin 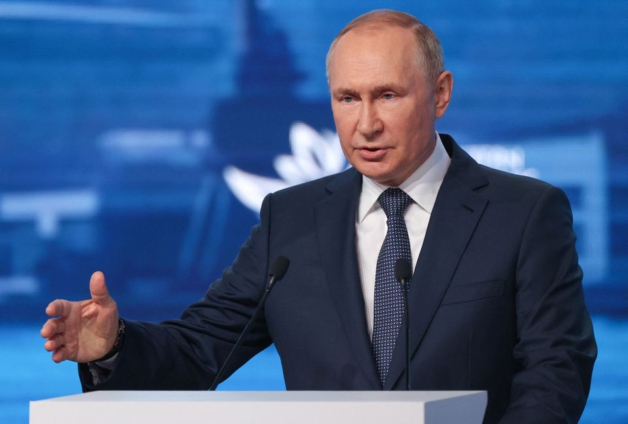 Russian President Vladimir Putin said on Wednesday that Russia had not lost anything as a result of its military campaign in Ukraine.

Speaking at an economic forum in the far eastern Russian city of Vladivostok, he said all Russia’s actions were designed to strengthen the country’s sovereignty and were aimed at “helping people” living in the Donbas region of eastern Ukraine.

“We have not lost anything and will not lose anything,” Putin said. “In terms of what we have gained, I can say that the main gain has been the strengthening of our sovereignty.”

Putin conceded, however, that Moscow’s decision to send troops into Ukraine had created a “certain polarization, both in the world and within the country.”

Russia sent tens of thousands of troops into Ukraine on Feb. 24 in what it called a special operation to degrade its southern neighbour’s military capabilities and root out people it called dangerous nationalists.

Western countries have dismissed Russia’s claims as an attempt to justify a land grab.

Moscow’s military intervention prompted a flurry of sanctions from the West, sending prices for food and energy soaring.

“All our actions are aimed at helping the people who live in Donbas,” Putin said. “This is our duty and we will fulfil it to the end. This will ultimately strengthen our country from within, as well as its foreign policy positions.”

DISCLAIMER: The Views, Comments, Opinions, Contributions and Statements made by Readers and Contributors on this platform do not necessarily represent the views or policy of Multimedia Group Limited.
Tags:
Russia President
Ukraine invasion
Vladimir Putin