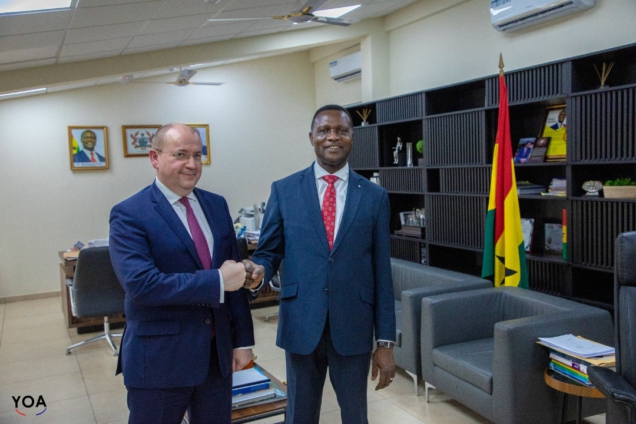 The Russian Government has increased its scholarship to Ghanaian students from 75 to 110 with effect from November 2022.

All students who would qualify for the scholarship would be allowed to pursue Medicine and Engineering courses in Russian universities.

The Russian Ambassador to Ghana, Mr. Dmitry Suslov, who announced this explained that the increase follows a request made by the President of Ghana, Nana Addo Dankwa Akufo-Addo recently.

He assured the country of Russia’s preparedness to support the country in its bid to use education to transform the nation’s economy.

Mr. Dmitry made the announcement when he paid a courtesy call on the Minister for Education, Dr. Yaw Osei Adutwum, on Monday in Accra.

The visit was used to discuss issues relating to the development of education in the two countries.

He mentioned plans to increase the number of centres for the teaching and learning of the Russian language in the country to increase access to the language.

The Russian Ambassador indicated that increasing the number of centres for the studying of the language in Ghana would pave way for many Ghanaians to travel to Russia to undertake various activities which would go a long way to improve the socio-economic development of the country.

Mr. Dmitry indicated that although the Faculty of Languages at the University of Ghana already teaches the Russian language, many people who are not students, especially businessmen and women among others are not able to study the Russian language hence the need for the creation of other centres outside the university campus.

Dr. Yaw Osei Adutwum, on his part, lauded the Russian Government for the support which would go a long way to boost the bilateral relations between the two countries.

He pledged the country’s readiness to collaborate with Russia to promote the development of the two nations.

DISCLAIMER: The Views, Comments, Opinions, Contributions and Statements made by Readers and Contributors on this platform do not necessarily represent the views or policy of Multimedia Group Limited.
Tags:
Education Minister
Russia Ambassador
Russia Scholarship