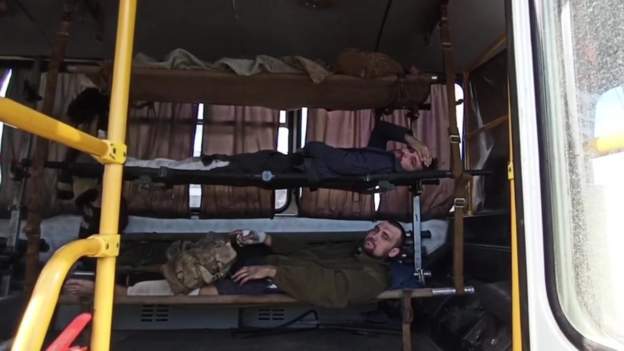 More than 900 Ukrainian fighters who had been holed up in Mariupol’s Azovstal steel plant have been taken to a prison colony in Russian-controlled territory, Moscow has said.

Ukraine ordered troops there to stand down as part of a deal struck by both sides, as it attempts to save their lives. Food and water supplies have reportedly been scarce in the plant for several weeks.

Of those, 51 were being treated for their injuries and the remainder had been sent to a former prison colony in the town of Olenivka in a Russian-controlled area of the Donetsk region.

The defence ministry in Kyiv said it was hoping for an “exchange procedure… to repatriate these Ukrainian heroes as quickly as possible”, according to AFP.

Their fate remains unclear, with Kremlin spokesman Dmitry Peskov refusing to say whether they would be treated as criminals or prisoners of war.

Ukraine’s defence ministry pledged to do “everything necessary” to rescue those still in the sprawling network of tunnels and bunkers under the steel plant, but admitted there was no military option available.