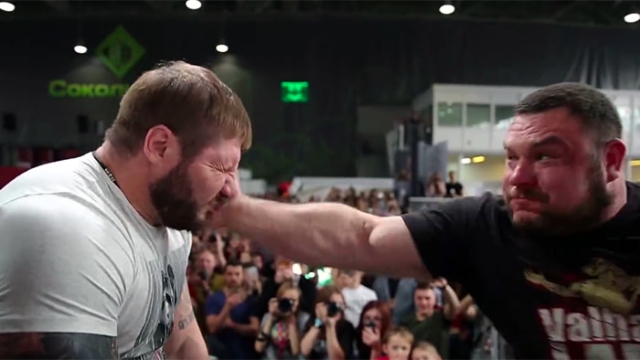 The Russian city of Krasnoyarsk recently hosted the country’s first ever amateur face-slapping championship, which had participants slap each other across the face until one of them got knocked out.

The controversial event was held during the Siberian Power Show, a popular sports show held in Krasnoyarsk on March 16 and 17.

A similar competition took place last year, in Moscow, but it featured only professional athletes competing for the unofficial title of most heavy-handed face slapper.

This time, organizers decided to give amateurs the chance to prove themselves, so anyone willing to engage in some manly face slapping was invited to sign up.

Most of the participants were just random guys who had come to attend the power show and decided to try something new. It’s fair to say that some of them didn’t know the world of pain they would be experiencing at the hands of a mountain of a man… 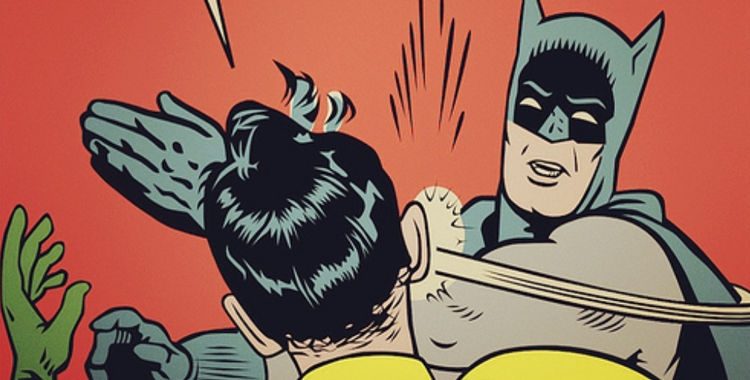 The rules of this amateur face-slapping championship are still a bit unclear, but from what I was able to understand from various Russian sources, competitors faced each other across a small table similar to the ones used in arm-wrestling competitions and hit each other across the face with the palm of their hands.

Ideally, one of the two men would be knocked out by the slap, but if both were left standing after taking three slaps, a judge would decide the winner based on power and technique.

Although face-slapping isn’t an official sport (yet), the competition did have some simple rules. Participants were not allowed to hit opponents with the bottom part of their palm, only with the fingers and the upper half of the palm, to avoid causing serious injuries.

They were also forbidden from targeting opponents’ temples, ears and eyes. These measures were meant to protect competitors, but when you’re an average-weight man getting slapped by a 350-pound heavy-handed farmer, they don’t really help much.

Apparently, organizers of the face-slapping championship didn’t think it was necessary to have different weight categories, which allowed 28-year-old Vasily Kamotsky, a 168-kg farmer and fitness enthusiast, to decimate the competition. Most of the guys he went up against were about half his size, and their slaps didn’t seem to bother him in the slightest, while his big hands literally knocked down several opponents. You can even see him holding back after almost knocking his first opponent unconscious.

Kamotsky easily won the face-slapping contest, and while he only got 30,000 rubles ($470) as a prize, he also became an overnight sensation after videos of the competition went viral online.

Organisers have already invited him to take part in another face-slapping contest, this time against professional athletes, who they hope will prove a stiffer competition.