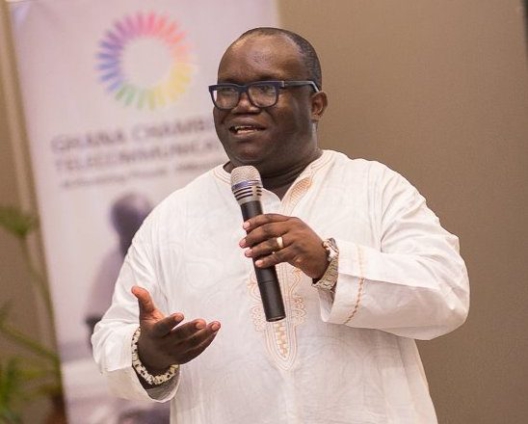 Convener of the Media Coalition against Galamsey, Kenneth Ashigbey has advised that all Municipal and District Chief Executives under whose watch the practice of illegal mining is taking place rampantly should be fired from their post.

Speaking to Evans Mensah on Top Story, he said that these leaders who continuously look on while ‘galamsey’ takes place in their jurisdictions are not worthy of representing the President there.

“Dealing with the issue of galamsey starts with local leadership. So I have always said that all district executives, MCEs that constantly have galamsey taking place in their district are the first people to lose their jobs, then we will take it to the regional ministers who are also supervising,” he said Wednesday.

“A typical example is the MCE in Dunkaw very recently I have had situations where we have had to call on him and the district police commander when galamsey was happening in town, and they were not dealing with it. So in this situation, the MCE is either complicit in it or is incompetent.”

Mr Ashibey added that the MP for Dunkaw at the time had to go into town himself and stop the miners from operating, however, they resumed activities when he came back to parliament.

He highlighted the need for a system that allows these MCEs and other local leaders at the helm of security in the various towns to be questioned and/or sacked.

“The same way the President sacked a DCE  just before the elections who had made some comment about illegal mining, same thing should be done and this Dunkaw MCE is still at post.”

Mr Ashibey added that the failure of leadership and the politicisation of illegal mining has been a major challenge that has hindered the progress of the fight against galamsey.

He explained that local leaders need to ask for help from the central government if they are incapable of fighting the menace on their own.

But, they also have to be held accountable when they fail to stop the menace while at the forefront, he added.

“So, it’s really important that the DCEs, MCEs and regional ministers that have galamsey happening in their places quickly let the central government know if they know that they do not have the power to deal with it – because the beneficiary owners are more powerful.”

“They should raise it and flag it openly so that central government can then come in there and be able to support them.”

His comment comes after President Akufo-Addo’s attempt to build a political consensus against illegal mining as a way of intensifying the fight against galamsey.

All political parties that participated in the 2020 elections were invited to be part of a national consultative dialogue that began on April 14, together with 16 other groups, with the hopes that they can agree on a common position against illegal mining.

At the opening, the President said that the two main political parties cannot undermine each other in the fight against galamsey.

Former Lands and Natural Resources Minister, Inusah Fuseini, who was also at the event told Evans Mensah, he agrees with the President’s position adding that politicians have resorted to taking different positions on Galamsey depending on their position – whether they are in government or not.

“As humans, we are all part of the ecosystem, we have a duty to respect other components of the ecosystem, small scale mining cannot be spoiling our environment, cannot be polluting our water bodies then we close our eyes to the negative effects of illegal mining.”

He reiterated Mr Ashigbey’s point on the need to ensure that the DCEs and MCEs work to stop the menace adding that the President must tasked these individuals and ensure that their ability to control small scale mining in their community will be a key indicator of their success and their continuous occupancy in the office.

“You must fix people with responsibility. When you do that, they come up with the results and then you can work on the results. Because during the discussion it came out clearly that some of the fields are owned by politicians.”

“So how do you deal with these powerful politicians who are well connected? Unless you charge the DCE and the Minister to stamp out illegal small scale mining in their various jurisdiction and then when they are confronted with challenges they can report back to the presidency.”

DISCLAIMER: The Views, Comments, Opinions, Contributions and Statements made by Readers and Contributors on this platform do not necessarily represent the views or policy of Multimedia Group Limited.
Tags:
Galamsey
Illegal mining
Inusah Fuseini
Ken Ashigbey
Ministry of Lands and Natural resources