Sacking Arteta would be a big mistake – Guardiola 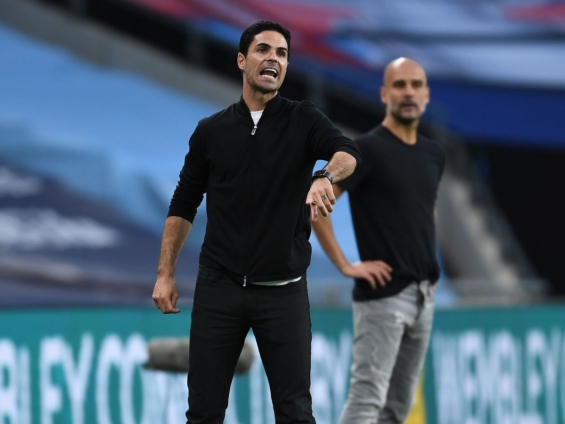 Pep Guardiola says it would be a “big mistake” for Arsenal to sack manager Mikel Arteta after Manchester City’s 4-1 win over the Gunners in the Carabao Cup quarter-finals on Tuesday.

Arsenal are without a win in eight domestic league and cup matches.

Arteta left City, where he was Guardiola’s assistant, 12 months ago to take charge at Emirates Stadium.

“I’m pretty sure they are going to trust him,” said Guardiola when asked if Arsenal need to stick with Arteta.

“They will do a big mistake if they are thinking [of dismissing him].”

Arteta said on the eve of the last-eight tie with City that he has no plans to walk away from his job and feels he has the support of the club.

The former Arsenal captain won the FA Cup in his first season in charge and his side then beat Premier League champions Liverpool in the Community Shield at the end of August.

But they have been poor in 2020-21 and languish in 15th spot in the top flight, four points above the relegation zone and without a win in seven league games.

They have qualified for the last 32 of the Europa League but they were comfortably beaten by City on Tuesday.

Guardiola, who has won two Premier League titles, three EFL Cups and one FA Cup after failing to secure a trophy in his first season at City in 2016-17, said Arteta needs time.

“I know his incredible quality as a human being and especially as a manager, how he is involved in everything,” added the City boss.

“It’s just a question of time and he will do well.

“Football changes in one week so quick. I can speak about my experience alongside him – one of the most incredible, successful teams in English history we had, and he was part of this success.

“It would not be possible without him. To create something like this you need time like I had in my first season.”

Arteta said he and his team were “going to keep fighting”.

The Arsenal boss added: “There isn’t any other way. It’s a really hard result to take, but we have to look at things that can help us for the future.”

DISCLAIMER: The Views, Comments, Opinions, Contributions and Statements made by Readers and Contributors on this platform do not necessarily represent the views or policy of Multimedia Group Limited.
Tags:
Arsenal
Carabao cup
Manchester City
Mikel Arteta
Pep Guardiola