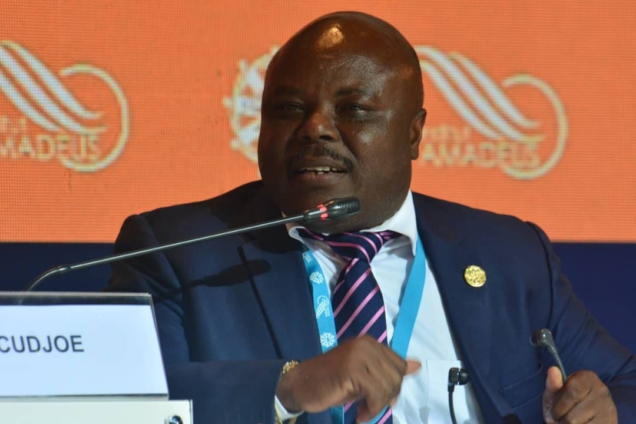 The Public Enterprises Minister, Joseph Cudjoe, has downplayed suggestions that cracking the whip on chief executives of non-performing state agencies will address the issues of rot in the public sector.

He explained that improving the efficiency of state-owned agencies should start with the reorientation of workers in the public sector.

According to him, there are very brilliant individuals capable of delivering the expected outcomes and results for the country’s development, except that the environments in which they operate are not conducive enough.

Speaking to Blessed Sogah on The Pulse, Monday, Mr Cudjoe said measures to avoid corruption in the public sector must be properly enhanced, rather than just laying off managers and chief executives.

“We are so negative minded and ‘crack the whip, crack the whip.’ I personally believe in enterprise management to mean ‘train the people to do it well,’ put in place the measures to avoid corruption and fire the one who has been trained and still subverts the system to be corrupt.

“But the person is sitting in an enterprise environment where the environment has caused the manager not to be able to even come out with his best and then you are going to punish him for that?” he quizzed.

His comments are in a reaction to the 2020 State Ownership Report released by the Finance Ministry, which recorded a ¢5.3 billion loss by State-owned Enterprises (SOEs).

There have also been calls for government to delayer all deputies of SOEs in order to reduce expenditure amid the current economic crisis.

For the Nhyiaeso Member of Parliament (MP), Stephen Amoah, government has no business appointing deputies for state-owned agencies because it cannot derive the needed productivity from them.

But the Public Enterprises Minister believes such calls, inasmuch as may hold some level of truth, are wrongly premised.

This is because “you have to provide the environment for the person to perform; it is at that level that you begin to crack the whip when you have everything it takes for you to perform and you are not performing.”