Sales and profits fall at Intel 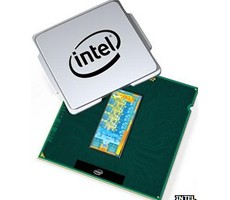 Intel has reported falls in both sales and profits in the third quarter, as it battles a “tough economic environment”.

The world’s largest maker of computer chips announced a net profit for the three months to 29 September of $2.97bn (£1.84bn), down 14% on the same period a year earlier.

Meanwhile IBM reported flat net profits of $3.8bn as demand for its software services and tight cost management offset the effect of a stronger dollar.

Intel had warned last month that lower demand for computers from businesses and individuals would hit its sales.

“The world of computing is in the midst of a period of breakthrough innovation and creativity.

“As we look to the fourth quarter, we’re pleased with the continued progress in Ultrabooks and phones and excited about the range of Intel-based tablets coming to market.”

Intel forecasts revenue between $13.1bn and $14.1bn in the fourth quarter.