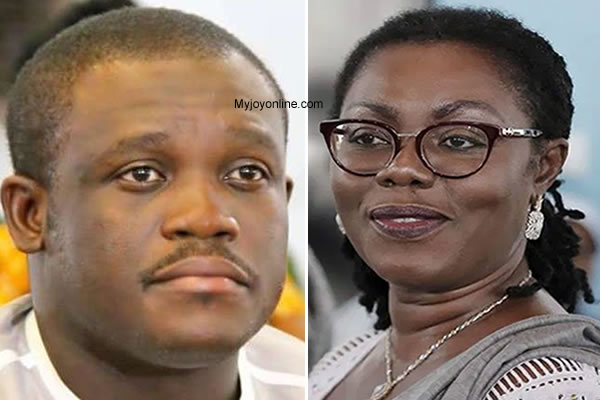 The National Democratic Congress (NDC)’s Member of Parliament (MP) for Ningo-Prampram has once again taken on the Communications Minister, Ursula Owusu-Ekuful.

Mr. Samuel Nartey George has disclosed that the Minister has unofficially asked Mobile Network Operators (MNOs) to curtail some services on SIM cards not completely registered.

According to him, this directive is for the MNOs to block data services for SIMs that have undergone the first stage of the two-staged registration process but not done with the second stage.

This decision, Mr George said is uninformed and must be reversed.

The outspoken lawmaker said the directive by the Minister means she does not understand the industry she leads.

“I have noted with renewed concern your ‘unofficial’, uninformed and retrogressive ‘directive’ to MNOs to deactivate data services on SIMs that have done stage 1 registration but not completed stage 2 registration,” he said in a Facebook post on Saturday.

I refer to the ‘directive’ as ‘unofficial’ because you have refused to write a letter either from the Ministry of Communications and Digitalisation Ghana or the National Communications Authority Ghana to the Telecommunications Companies.

“You expect them to carry out your uninformed fiat by way of a press statement or Facebook post of yours? Really? Is that what you have reduced the distinguished office of Minister of Communications to?“

Mrs Ursula Owusu-Ekuful had earlier hinted of possible sanctions for persons who have deliberately refused to take part in the SIM re-registration exercise.

Speaking on the sidelines of the Technology Breakfast Meeting earlier this month organised to deepen the awareness of the government’s digitalization drive among public sector chief executives, Mrs. Owusu-Ekuful entreated Ghanaians to support measures the government is putting in place to protect the digital space.

“We all need to ensure that we protect the systems that we are putting in place. This is one aspect of it, but the SIM re-registration is also another aspect of it. There are some who have genuine concerns, and we are working with the NIA to [address them].

But there are others who have the Ghana cards but have not completed the process. So clearly, either they do not intend to, or are unwilling to, so we will have some measures to announce in due course soon,” the Minister of Communication and Digitalisation explained.

The Ministry announced in October that 28,959,006 SIM cards have been linked to Ghana Cards so far.

DISCLAIMER: The Views, Comments, Opinions, Contributions and Statements made by Readers and Contributors on this platform do not necessarily represent the views or policy of Multimedia Group Limited.
Tags:
Government
NCA
Sam George
SIM Card Re-registration
Ursula Owusu-Ekuful