Samsung has made an invisible AI-powered keyboard for your phone 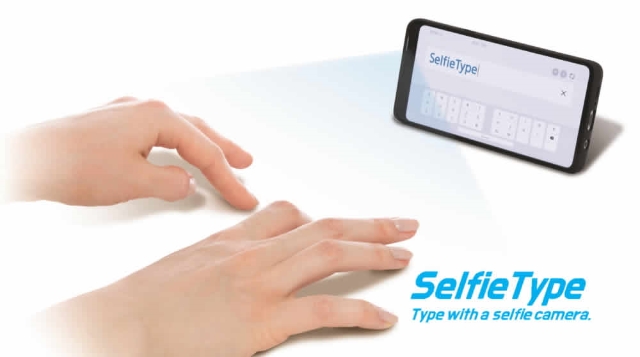 We all work from our phones more than ever, but typing out emails and long messages is still slow compared to using a keyboard.

Samsung has a solution: use AI and your phone’s camera to track your hands as they type on an invisible keyboard right in front of you.

It’s called SelfieType, and although it’s only a demo at the moment, it’s a very intriguing one. It’s been developed under the aegis of Samsung’s C-Lab program, a sort of in-house incubator for weird tech ideas, some of which eventually become commercial products.

We don’t know what plans Samsung has for SelfieType, but if it works as smoothly as this promo suggests, it could be a powerful tool. Samsung is demoing SelfieType as CES in Las Vegas this week, so we’ll try to get a hands-on (if that term makes sense in this context).

The proof will definitely be in the typing, though. “Invisible keyboards” already exist using laser projection, but they’re a novelty rather than a serious tool. They tend to be slow and inaccurate, and if you’re carrying around a little brick of a laser projector you may as well go the whole hog and swap that for a decent Bluetooth keyboard.

Because SelfieType works using your phone’s camera, it’ll at least eliminate the problem of carrying around accessories. But using machine vision to track the individual movement of your fingers sounds tricky, and you’ll presumably have to keep your hands in one place for everything to work correctly — a tough ask without the physical feedback of a keyboard.

Still, it’s a solution we’ve not seen before, and one we’re curious to try. Over the years, engineers have attempted to replace the tried-and-tested keyboard with many weird designs. Perhaps, with the help of AI, we can finally crack this problem.

DISCLAIMER: The Views, Comments, Opinions, Contributions and Statements made by Readers and Contributors on this platform do not necessarily represent the views or policy of Multimedia Group Limited.
Tags:
Samsung