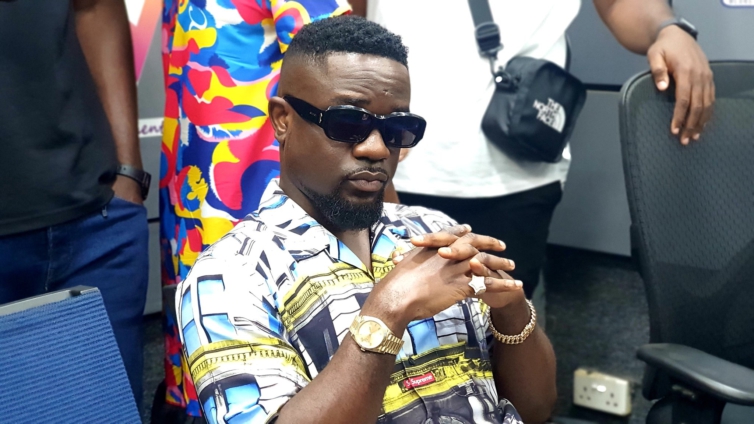 Rapper Sarkodie has finally reacted to claims he had featured an artiste bigger than Jay-Z on his new album ‘No Pressure”.

In an interview on Daybreak Hitz on Hitz FM, the award-winning rapper said he was unhappy with music producer, Possigee for putting out such a statement on his behalf.

The rapper said he was getting ready to board a flight when he received some messages on his phone, accusing him of “something he had no idea about.”

“I never brought out such a statement…it was a comment Possigee made, and I don’t think he referred to the album. He said I had a song with someone bigger than Jay-Z. I called him the same day because I was on a flight… I called him because it was what he said that people carried along,” Sarkodie said.

Talking about why Possigee made such an assertion, Sarkodie said he did work with some people while in London; thus, the celebrated producer may have been referring to that as something bigger than featuring Jay-Z.

The ‘Can’t Let You Go’ hitmaker said he did not expect Posigee to make such a comment even though he has the best intentions in mind.

Sarkodie said that because Beyonce had released her feature with Shatta Wale at the time of making the comment, the comment came off in a bad light and was not received or viewed the same way the producer saw it.

“Until now, he has to live with that and myself [too]. Possigee will tell you I was extremely not happy with that. It was a moment where we were all supposed to be supporting that [Shatta Wale and Beyonce feature] and nothing else….me being the kind of person that will not speak on it, now it makes it seem like I told Possigee to say that. But, I had no idea,” he added.

DISCLAIMER: The Views, Comments, Opinions, Contributions and Statements made by Readers and Contributors on this platform do not necessarily represent the views or policy of Multimedia Group Limited.
Tags:
Jay-Z
No Pressure
Sarkodie