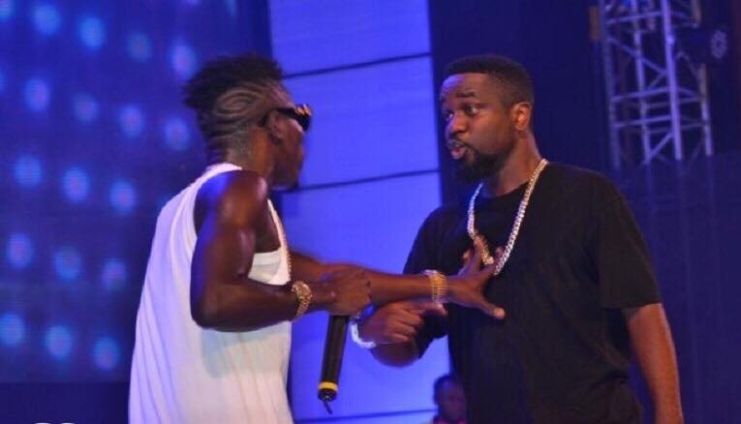 Award-winning rapper, Sarkodie says he has received an outpour of love and support from industry players since his collaboration with Bob Marley was released.

Industry colleague Shatta Wale in a tone some have said is cynical that Sarkodie should be applauded for being featured by a ghost on the song ‘Stir It Up.’

During an interview on Luv FM’s Drive Time, not only did Shatta mock the project, but he also downplayed the significance of Sarkodie being featured on a Bob Marley classic.

” don’t think it should be a problem. As we hear, Sarkodie has featured Bob Marley, it’s so beautiful, at least we have someone who has featured a ghost, we should praise him.”

But responding to a question by a fan on Twitter Spaces, Sarkodie says he believes every person in the entertainment industry is happy about the feat.

“I haven’t checked social media that much but I think everybody is happy for what has happened, unless I’m proven wrong,” he added.

Meanwhile, Sarkodie has revealed that he nearly passed on the opportunity to work on the Bob Marley classic.

The song was released on Friday, January 20, 2023, on all streaming media platforms.

In a conversation on the +44 Podcast, the Ghanaian artiste said that he felt he was not worthy to have his vocals on the same track as the legendary Reggae icon’s.

“When I had the email, I almost passed it on and not just out of respect, I felt that I was not worthy to lay my vocals next to the legend. I was really hard on myself,” he told Sideman, host of the podcast.

DISCLAIMER: The Views, Comments, Opinions, Contributions and Statements made by Readers and Contributors on this platform do not necessarily represent the views or policy of Multimedia Group Limited.
Tags:
Bob Marley
Sarkodie
Shatta Wale
Stir it Up