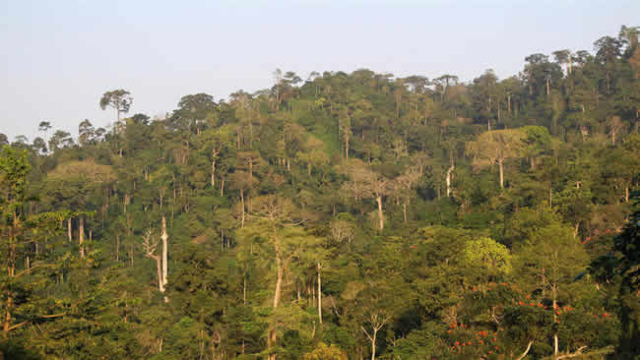 Some environmental groups have petitioned Parliament demanding a cessation of mining activities in the Atewa Forest Reserve.

They fear continuous mining activities will destroy the reserve recognised as one of the highest priority ecosystems in West Africa for its high species diversity, high levels of endemism and great hydrological importance.

It is also a source of fresh water for about five million Ghanaians but government’s plan to mine bauxite in the area has left many environmentalists worried.

Led by the President of the Musicians Union of Ghana (MUSIGA), Bice Osei Kufuor, the group after a match on some streets of Accra presented a petition to the Majority Leader and other leaders in Parliament.

“Government’s plan to mine the Atewa Forest for bauxite will significantly jeopardise the socio-cultural, environmental and aesthetic functions of the forest. Mining the forest will also destroy the habits of over 100 globally threatened wildlife species,” the group said in their petition.

They added that mining Bauxite will clear all vegetation and topsoils, leaving a desert of red mud, a situation residents of Awaso, a community in Atewa, can testify to.

In view of this, they want Parliament to exclude the Atewa Forest from any bauxite mining agreements so that it continues to provide the resources and life support services that millions of Ghanaians depend on both now and in the future.

The groups also asked “that Parliament ensures proper oversight of the Forestry Commission so that Ghana’s forest laws are fully enforced.

“That Parliament ensures full transparency throughout the whole bauxite development project, most especially so that communities can make informed choices regarding any associated development project in their locality,” their petition added.

In response, Minister for Lands and Natural Resources Kwaku Asomah Kyeremeh in an interview with Joy News said what government is doing in Atewa is sustainable mining that will preserve the natural bodies there.

According to him, no river body will be touched during the mining activities because government is determined to abide by examples from other countries like Australia.

“So we are determined to do reasonable and sustainable mining to the extent that all this environment will be saved.

“We are not going to destroy the natural edifice there,” he added.