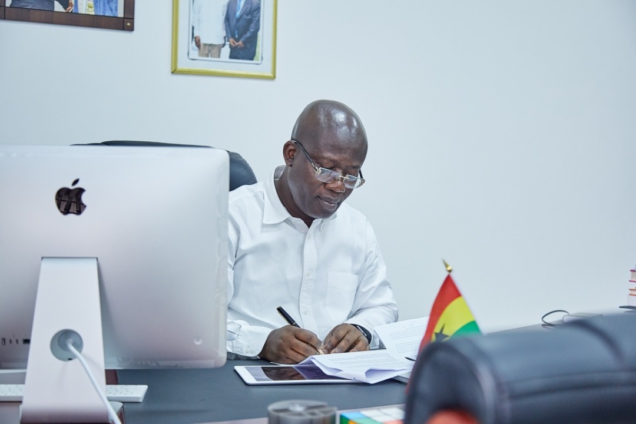 “It’s been 27 years since the first commercial GMOs were released, and I am not aware of a single credible food/feed problem on the safety of GMOs. On the contrary, there is a very strong scientific consensus globally on GMOs just as scientists are on climate change,” he noted.

He said official scientific reports on the safety and benefits of GMOs have been published by the World Health Organization, Food and Agriculture Organisation (FAO) of the United Nations, National Academy of Sciences (USA), Royal Society (UK), American Medical Association (USA), French Academy of Medicine, European Commission, U.S. Food and Drug Administration, Society of Toxicology, Institute of Food Technologists, among others.

“As a properly trained scientist and a parent, the safety of these products are of concern. I want to be trusted, and I dream about the health of the next generation and generations yet unborn. I shall not compromise my conscience by speaking so confidently about this subject if I did not understand the issues at stake. I have been exposed to the science behind GMOs since 1986 at Cambridge, and I have followed developments to date,” he assured.

Prof. Danquah was speaking at a science communication workshop in Accra organised by Alliance for Science, WACCI, International Institute for Tropical Agriculture (IITA), and Open Forum on Agricultural Biotechnology (OFAB). He was speaking on the theme “communication as a tool for science-based evidence in decision making – a case for GMOs.”

The 4-day workshop themed, Speaking Science Ghana, brought together senior and junior scientists with academic institutions and research organisations across the country for training on best practices in science communication.

The National Biosafety Authority is currently reviewing an application from the Savanah Agricultural Research Institute of the Council for Scientific and Industrial Research, requesting approval for the environmental release of Ghana’s first GM crop, the Bt cowpea.

He says although respected government agencies, including Ghana’s National Biosafety Authority, regulate the development of GMOs worldwide and about 40 countries have approved these products, caution must be exercised.

“They are the most thoroughly studied products in the history of crop development… My take is that we do not give a carte blanche to scientists. He noted that each product must be assessed on a case by case basis,” he noted.

“But I must hasten to add that they are not the holy grail. They cannot solve all our food insecurity problems, but the technology used to produce them are important tools which, if used judiciously, would impact our food insecurity problem hugely and lift many farmers and consumers out of poverty. We need to use them together with all the other technologies we have used so well to develop products to spark a Green Revolution in Ghana quickly,” Prof. Danquah added.

He observed that first-generation GMOs did not encourage developing countries to adopt the technology because commercial agriculture was the emphasis and a complex, expensive, and unpredictable regulatory system.

He said some currently available GM crops include drought-tolerant maize varieties, which can improve yields during droughts in Ghana’s northern, transitional, and coastal zones.

Prof. Danquah recounted that 24 years ago, he and a colleague published a review paper in the Ghana Journal of Science on the promises and challenges of sustainable agriculture.

“Nonetheless, we recommended the adoption of biotech crops only if they offered the most effective way of addressing problems in plant breeding. Today, I submit that genetically modified (GM) crops have become an important part of the sustainable agriculture toolkit, alongside traditional breeding techniques,” he said.

“We have moved forward in the right direction, despite significant challenges. What we need to do is to strengthen the National Biosafety Authority and other regulatory bodies like the Food and Drugs Authority and Ghana Standards Authority to efficiently and effectively regulate not only the development and use of biotech products but also the movement of bioengineered products into and out of the country,” he added.

“We need appropriate, science-based and cost-time-effective regulatory systems. This calls for the harmonisation of regulations in the sub-region. Hence, we cut down on time and cost in dealing with applications and eliminate duplications in work,” Prof. Danquah emphasised.