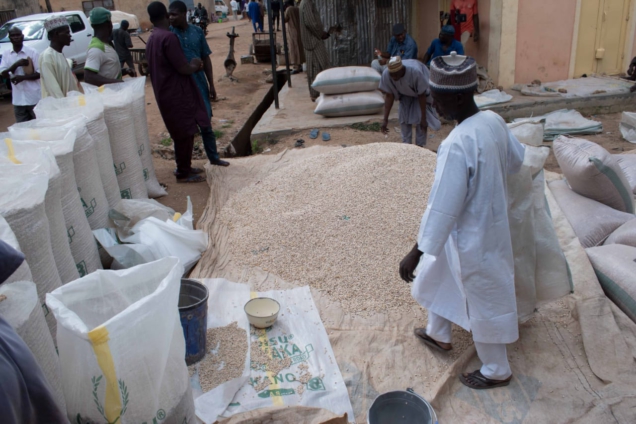 The Council for Scientific and Industrial Research (CSIR) has submitted an application to the National Biosafety Authority (NBA) requesting for permission to release Ghana’s first GMO crop (PRB cowpea) into the environment.

The request to the NBA which is a government agency under the Ministry of Environment, Science and Technology will allow for the CSIR to also place the pod borer resistant (PBR) cowpea or beans on the Ghanaian market.

According to a public notice published in the Ghana Gazette on 18th February 2022, the application is currently undergoing review process by the NBA, together with relevant regulatory agencies and independent experts.

“The review seeks to ascertain that genetically modified PBR cowpea line 709A is safe to human and animal health and to the environment,” the notice said.

The application which follows several years of research was submitted to the NBA by the Savanna Agricultural Research Institute (SARI) of the CSIR.

CSIR is the government agency mandated to lead science and technological research and development in the country.

The authority is now asking members of the public to submit comments on the application as part of the approval process. The public have 60 days to submit the public comments.

“Pursuant of Section 18 (1) of the Biosafety Act 2011, together with section 19 of the Biosafety (Management of Biotechnology) Regulations 2019 (L.I. 2383), the NBA hereby announces to the public the receipt of an application for consideration for the introduction into the environment and placing on the market of genetically modified Pod Borer Resistant (PBR) cowpea in Ghana.

“As provided under section 19 of the Biosafety (Management of Biotechnology) Regulations 2019 (L.I. 2383), all interested persons are invited to submit written comments on this application to reach the NBA at the address below not later than 60 calendar days from this date publication,” the statement said.

According to the document, the PBR cowpea exhibits very high levels of resistance to the legume pod borer which is responsible for yield loses up to 80%. The PBR cowpea expresses a well-known insect control protein derived from a microbial insecticide that has been in widespread and continuous use in agriculture for over 50 years.

The application says farmers and consumers will benefit from PBR cowpea as a result of higher yields, lower costs of inputs, greater on farm safety because of reduced pesticide usage and decreased pesticide residue on the beans.

The authority says the assessment of the GMO cowpea will be rigorous before a decision is taken on the variety.

“Key aspects considered in the food safety assessment include but not limited to nutritional composition and potential toxicity and allergenicity. The environmental evaluation of PBR cowpea looks at its potential to become a weed of agriculture or invasive of natural habitats, potential impact of pollen mediated gene transfer, altered plant pest potential impacts on no-target organisms and biodiversity,” the gazette notification said.

“In the event of the authority reaching a decision to grant approval for environmental release and placing on the market PBR cowpea line 709 A and its progeny in Ghana, the process governing testing, official release and commercialisation of seed and plant varieties containing 709A cowpea in Ghana shall apply as per existing policies, legislation and guidelines for introducing new cowpea varieties,” the document added.

The crop is vulnerable to the Maruca pod borer pests, which can destroy 80 percent of a farmer’s crop. To control the pest, farmers typically spray their fields with pesticides between eight and 12 times in the 12-week life cycle of the crop.

The GM variety, which includes a gene from a naturally occurring soil bacterium known as Bt, is resistant to the pest. Confined field trials have shown farmers can reduce their spray regimen to just twice per season while gaining a five-fold increase in yield.

The move by the CSIR to submit an application for environmental release of the GM cowpea variety is coming at a time when the Human Rights Court in Accra is hearing a case filed by Food Sovereignty Ghana to halt processes that will allow for the introduction of GMOs in the country.

The last hearing of the case was on Monday, February 21, 2022 when FSG’s Communications Director Edwin Kweku Andoh Baffour testified before the court challenging the legality of processes to introduce GMO crops in the country.

The case which began in 2015 has travelled to the Supreme Court and Appeals Court and back to the Human Rights Court.

In 2020, Nigeria approved the world’s first GMO cowpea or beans which farmers have begun growing. There have been shortages of the GM seed developed by the Institute for Agricultural Research at the Ahmadu Bello University in the Kaduna State as farmers clamour for the seed because of its capacity to avert destruction by pests, whiles reducing pesticide application on farmers’ fields.