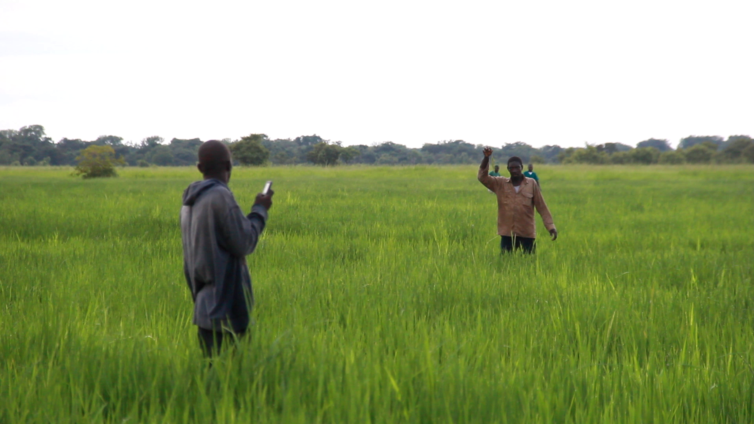 Scientists in China have developed a sensitive electrochemical detector based on bifunctional cerium oxide nanozyme to identify organophosphate pesticides in plants.

In a statement copied to JoyNews’ Mahmud Mohammed-Nurudeen, the sensitive electrochemical detection method is based on the use of bifunctional cerium oxide nanozyme to detect the organophosphate pesticide in plant extracts, adding to the ever-increasing pool of pesticide detection methods.

Most farmers now rely on pesticides to produce food for general consumption.

Though, the harmful impacts on human health and environment continue to grow, pesticides are indispensable to modern agriculture.

An estimated 1.8 billion people worldwide are engaged in agriculture and most use pesticides to protect the food and commercial products that they produce.

About 5.6 billion pounds are used globally annually. In many developing countries like Ghana, exposure control programs are limited. Some farmers either use it wrongly or excessively, even though most of them have been trained.

Pesticides, such as methyl-paraoxon, have become effective pest repellants for crops like cotton and legumes.

Studies have shown that these pesticides remain in trace concentrations in the final produce, and cause severe adverse effects in humans. It is therefore imperative that traces of organophosphates compounds are detected and removed from plant products.

According to the scientists, monitoring pesticide concentrations is therefore an active field of research.

An expert in Chinese medicine and pharmaceutical analysis, from the Institute of Chinese Medical Sciences, University of Macau, China, Dr. Peng Li, and a team of scientists have identified potentially sensitive organophosphates detection methods.

Their painstaking research to find detection methods led them to cerium oxide nanozyme.

Dr. Li says, “Under the optimized conditions, we achieved desirable recoveries for different herbal samples using cerium oxide nanozyme. We believe that our electrochemical method can be practically applied in the rapid detection of pesticide residues.”

“Next, they used this electrode to detect methyl-paraoxon, degraded to p-nitrophenol using the same nanozyme. Their analysis showed that the developed electrochemical method provided an unprecedented wider linear range, from 0.1 to 100 mmol/L, and a detection limit of 0.06 mmol/L for methyl-paraoxon—quite respectable values, so to say.”

The scientists validated the proof of concept for the electrochemical detection of methyl-paraoxon by the use of bifunctional cerium oxide nanozyme, using three Chinese herb samples—Coix lacryma-jobi, Adenophora stricta, and Semen nelumbinis.

Dr. Li and fellow scientists believe there is room for further improvement in the design by supporting the cerium oxide nanozyme on porous materials or on three-dimensional materials with a large surface area, to perform dual functions of catalysis and detection simultaneously, rather than in isolation.

Dr. Li further states that, “With steady methodological improvement, we believe that our method, with its excellent electrochemical performance, can be used to detect other trace substances in a variety of solutions in the near future.”

The study has set the stage for advanced research on effective detection of pesticides in various materials used for human consumption.