Scores of farmers lose over 190 acres of farmland to chief 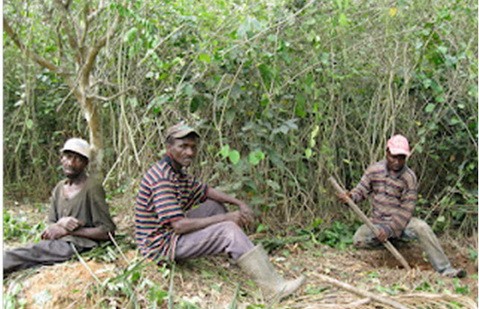 Scores of settler farmers in the Shama district of the Western region have lost over 190 acres of farmland to the chief of Atwereboanda.

The chief of Atwereboanda, Nana Kwesi Nterful II, has destroyed several coconut and palm plantation as well as other cash crops belonging to the farmers to pave the way for his rubber plantation.

But the chief told Joy News’ Nana Adjoa Entsuah his action is as a result of non-payment of royalties to him as part of an agreement with the farmers adding that all the affected farmers have been duly compensated.

Nana Nterful II said the rubber plantation will help create more jobs for the indigenes of the communities.

“I have just realized we need employment and development in this town so I am personally planting the rubber plant to help create jobs,” Nana Nterful II explained.

This notwithstanding, the farmers have rejected claims by the chief that they have been duly compensated.

“They have destroyed over five acres of my coconut farm. Now I am unable to sleep in the night because I catered for my family with the money I made from selling the coconut,” a resident of Atwereboanda, Frank Zul lamented.

“As we speak they are jobless, they cannot farm. Their children are at home because they are unable to pay school fees…As we speak marriages are being destroyed because husbands are unable to cater for their wives,” he claimed.

Their plea is for government to intervene and help them reclaim their over 190 acres of land.

The District Chief Executive (DCE) for Shama, Eric Cobbina told Joy News that he has invited the parties involved for a meeting where it was established that the acres of land were legally acquired by the farmers.

The DCE said it was agreed that the district will invite the National Evaluation Board to evaluate the value of the farms that have been destroyed.

“I will make sure the farmers are duly compensated and their farmlands returned to them,” Mr. Cobbina assured.