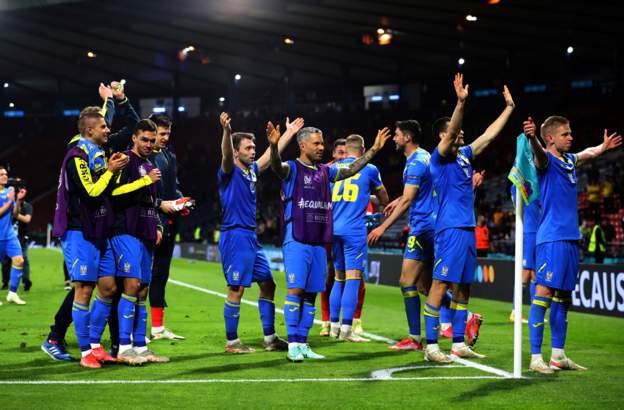 Ukraine last played at Hampden Park last year, when they beat Sweden to reach the quarter-final stage of Euro 2020

A World Cup semi-final play-off between Scotland and Ukraine in Glasgow originally scheduled for 24 March has been postponed, and the game is now likely to take place in June.

The winners of the semi-final at Hampden Park will face either Austria or Wales for a place in November’s World Cup finals in Qatar.

Ukrainian domestic football has been halted since the country was invaded by Russia on 24 February.

Russia has been suspended from all international football, and will not be able to take part in their scheduled play-off against Poland.