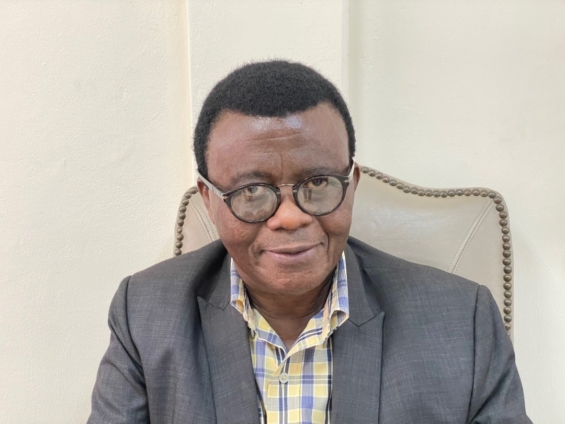 A former senior governance advisor at the United Nations is calling for the scrapping of the Council of State.

Prof Baffour Agyeman-Duah says the body has lost its relevance in the current circumstances of the country.

It is one of the most important institutions created under the 1992 constitution to advise the president on critical national issues.

The Council of State over the years has just been performing these functions under all the presidents since the coming of the 4th republican constitution.

But many are those who have questioned their relevance in recent times due to the dire economic circumstance of the country and their work.

Speaking to Myjoyonline.com in an inclusive interview, the governance expert noted that, the current economic downturn of the country, makes it imperative that deliberate measures are instituted to cut and protect the public purse from further pressures even if the constitution mandates for the creation of the council.

The Council of State in Ghana is a body of prominent citizens, analogous to the council of elders in the traditional political system, which advises the President on national issues.

With its vision, is a compact organization which executes its constitutional mandate effectively and efficiently. The president of the national house of chiefs, is an ex-officio member of the council, in furtherance of Article 89(2)(b). The composition of the council will be complete with the election of regional representatives in accordance with Article 89(2)(c).

The 1992 constitution also captured that, the council of state may also, upon request or on its own initiative, consider and make recommendations on any matter being considered or dealt with by the President, a minister of state, Parliament or any other authority.

The governance expert noted that the Council is yet to oppose anything coming from the presidency which is referred to them for consideration, a situation Prof Agyeman-Duah calls superfluous especially when the President is not required to take their advice or recommendations.

President Akufo-Addo, during his 2016 campaign, promised to create new six additional political regions across the country. Currently, the country has sixteen regions thus adding up to the already existing ten regions.

The president, subject to consultation with Parliament is also expected to appoint, in accordance with Article 89(2)(a)(i)(ii) and (iii) a former Chief Justice, a former chief of defense staff of the Ghana armed forces, and, a former Inspector General of Police, to the council.

This, the former United Nations Senior Advisor on governance says, does not make such appointments independence enough as their allegiance would not be to the constitution and people of Ghana, but to the president.

Citing the dire economic conditions in the country and the difficulties facing Ghanaians, professor Agyeman-Duah said it is time the council is done away with to save the country from what he calls needless expenditures.

According to him, current global and best practices else does not support the structure of the council of state in its current state, stating that “if the president wants advice, he can pick a phone and call any expert on any field or Ghanaian for advice.

The 1992 constitution is seen more as a hybrid one, something that has seen many calling for a complete overhaul of it, but the governance expert says, a completely new constitution is not the way to go but aspects of the constitution can be looked at again and reviewed instead.

DISCLAIMER: The Views, Comments, Opinions, Contributions and Statements made by Readers and Contributors on this platform do not necessarily represent the views or policy of Multimedia Group Limited.
Tags:
Council of State
Prof Baffour Agyeman-Duah